A Shaking of the Foundations: America’s Time of Reckoning 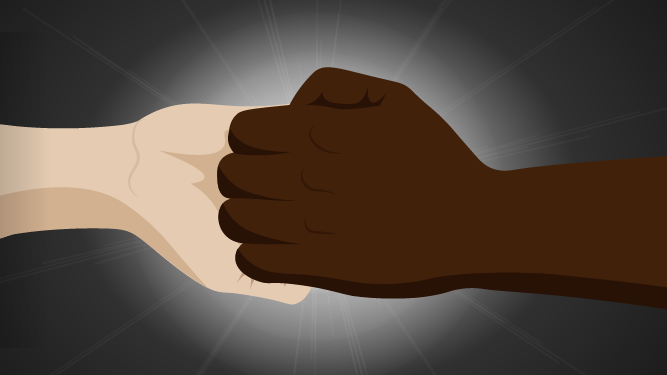 On Friday, May 29, at the beginning of ASMP’s Friday Town Hall webinar, Executive Director Tom Kennedy called for a moment of silence in light of events that continue to rock the nation.  We’re sharing that clip here along with further thoughts from Tom.[vc_video link=”http://vimeo.com/theasmp/momentofsilence” el_aspect=”235″ align=”center”]Last week, America saw two terrible events come together to reveal the fault lines that exist in the bedrock of our society. We passed the grim milestone of 100,000 lives lost to the COVID-19 pandemic, and we saw yet another death of a black man at the hands of police officers. The desperate plea of “I can’t breathe” echoed across the land, producing outrage and protests, some of which turned violent. And as with previous societal convulsions, visual images seared the realities of these events into the American conscience.

Thanks, in part, to those images, Americans can no longer have the luxury of ignoring the grim reason behind the disproportionate number of African-American lives being lost to COVID-19 nor the senseless killings of George Floyd, Breonna Taylor and Ahmaud Arbery. It is racism.

Over the centuries, we have failed to recognize that every human being is sacred and that all of us are of equal value before God and that black lives matter. Too many lives have been lost as a result. Systems built on implicit and explicit prejudices have privileged white people at the expense of people of color since the 1600s. Recent events have again revealed the crushing weight of those systems and the urgency with which they need to be changed. Some things in our country are very wrong, and each of us must work consciously, every day, to overcome actions and rhetoric that warp our political, legal, judicial and economic systems and continue to bring trauma, pain and death.

We in the media have an important role to play in framing these issues. As we bear witness and offer testimony, our images and words not only provide a glimpse into the soul of America, they also form a mirror that unflinchingly confronts us with horrific realities, like the last moments of George Floyd’s life. We cannot deny the immediacy of such images, whether in videos or still photographs. They have the power to compel attention and perhaps alter perspectives, but only if people are willing to look and understand the message.

Yet these images are only fragments of the larger mosaic of underlying truth that defines our human condition.

The killing of George Floyd at the hands of authorities — whose job is ostensibly to protect all in our society — and the subsequent, justifiable outrage, which I share, remind me very much of 1968, a year when my own political consciousness was being molded as a high school senior.  As a white person growing up in the South, I was acutely aware of the civil rights movement and the realities it was confronting, particularly as expressed through the images I was seeing in print. Many of these were made by photographers belonging to our own organization: Charles Moore, Danny Lyons and Matt Herron among others. I recognized the power of these photographs to reveal and amplify conditions that were daily realities for some but far out of sight for too many others. The images served as a vehicle to rouse consciences and make clear the need for fundamental change in America.

Dr. Martin Luther King Jr. and Senator Robert F. Kennedy, two of our most eloquent leaders at that time and my personal heroes, were actively working to bring about the dream they shared for our nation. They dreamed of a society built on a community of sisterhood and brotherhood that would allow all of us to realize the full promise embodied in our nation’s founding principles. Dr. King and Sen. Kennedy sought to rebuild our nation as one of justice, compassion, understanding, peace and true equality of opportunity. They spoke of the need for awareness, repentance and the power of redemptive love as an antidote to the darkness and despair covering the land. These two men knew that the work of leaders is to point the way forward and articulate possibilities others are either unable to see or choose not to see.  As both critiqued the system, Dr. King noted that “Injustice anywhere is a threat to justice everywhere,” while also making clear that “Darkness cannot drive out darkness: only light can do that. Hate cannot drive out hate; only love can do that.”

Bearing witness to the impacts of hate by shining a light is one way those engaged in journalism, particularly photojournalism, can contribute to efforts to bring about the understanding and change that Dr. King and Senator Kennedy sought. We have the power to inform the public in a way that holds all leaders accountable for their words and deeds. The First Amendment gives us the legal framework to do this job.  Attacks on journalists by protesters and the authorities are an unfortunate reminder that we still have much work to do in educating the public and those in positions of power about our role and its value to society.

But the deeper reality is that we all have personal work to do to help end the oppression that has caused so many to suffer and die over the past 400 years. Beyond bearing witness, we must each do the work needed within ourselves to address our own human weaknesses. We must connect with and dignify others to build bridges of understanding that can help neutralize personal biases rooted in fear and prejudice. We need to take daily action with intention to make a difference. As Dr. King said, “Life’s most urgent and persistent question is what are you doing for others, and the time is always right to do right.”  In the words of Senator Kennedy, “We must work to heed the admonition of the ancient Greeks, ‘to tame the savageness of man and to make gentle the life of the world.’”

As an organization and as individuals, we must recognize this moment as an inflection point in the life of this nation. I believe that by using our skills as visual observers, our talents as artists and the relationships ASMP has cultivated during our 75 years of advocacy and community building, we can help reveal those things that Americans need to see. In doing so, we can help our nation step forward to make progress in fully addressing issues such as police brutality against people of color. If, as a country, we choose not to address such fundamental problems, we condemn ourselves to remain hopelessly mired as we are today — a nation divided. There is hard work ahead, but it must be done if we are to fix our brokenness as a country and alleviate the suffering in our midst.