A Special Juneteenth Town Hall Conversation – “Generations in the Making: A Reckoning with America’s History” – Video

The current American moment is not only about George Floyd. It’s not only about law enforcement. It’s about the systemic racism that has been present in our society and culture since before the country’s founding. It affects every facet of American life. “Unless we consider that history, it is impossible to understand what’s happening today,” says Curtis. “It’s rooted in the soil of American history.”

ASMP members have a unique ability to frame how others see the world. We must educate ourselves so we can use our gifts to build a just and equitable country. 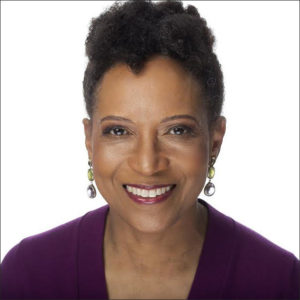 UNITED STATES – JANUARY 08: Mary Curtis of CQ Roll Call is photographed, January 8, 2016. (Photo By Tom Williams/CQ Roll Call)Mary C. Curtis, a columnist at Roll Call, is an award-winning journalist and educator based in Charlotte, N.C., and Washington, D.C. She has contributed to NBC News, NPR, The Washington Post, The Root, ESPN’s The Undefeated and talks politics on WCCB-TV in Charlotte. Curtis has worked at The New York Times, the Charlotte Observer, the Baltimore Sun, and the Associated Press, and was national correspondent for AOL’s Politics Daily. Her coverage specialty is the intersection of politics, culture and race, and she has covered the 2008, 2012, 2016 and 2020 presidential campaigns.

Curtis is a Senior Leader with The OpEd Project, at Yale University, Cornell University, and the Ford Foundation and at the Aspen New Voices Fellowship in Johannesburg, South Africa. She was a Nieman Fellow at Harvard University and a Kiplinger Fellow, in social media, at Ohio State.

Curtis was chosen to be included in The HistoryMakers, the single largest archival collection of its kind in the world designed to promote and celebrate the successes and to document movements, events and organizations that are important to the African American community and to American society; it is available digitally and permanently archived in the Library of Congress.

Her honors include Clarion Awards from the Association for Women in Communications, awards from the National Headliners and the Society of Professional Journalists, three first-place awards from the National Association of Black Journalists, and the Thomas Wolfe Award for an examination of Confederate heritage groups. Curtis has contributed to several books, including an essay in “Love Her, Love Her Not: The Hillary Paradox.”  You can find her work at www.maryccurtis.com