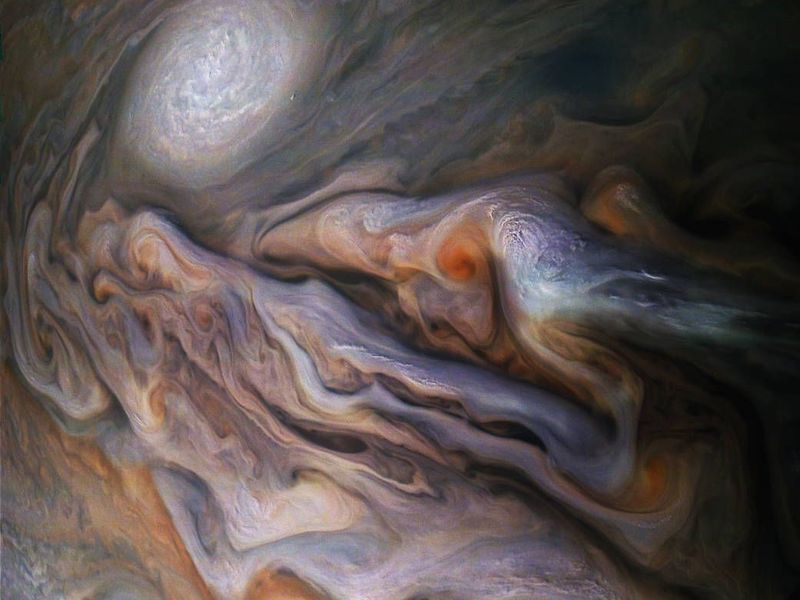 On October 29, the Juno spacecraft that has been orbiting Jupiter since 2016, swooped above the planet’s North Temperate Belt and snapped what may be its most mesmerizing image of the gas giant’s clouds yet. The image, taken 4,400 miles above the planet and enhanced by citizen-scientists and artists Gerald Eichstädt and Seán Doran, includes white pop-up clouds and an anticyclonic storm that appears as a white oval.

The stormy image isn’t the only stunner to come from the batch of raw image data from Juno’s sixteenth pass of the planet recently released by NASA. Late last week Doran and image processing collaborator Brian Swift posted other shots, including one that shows a cloud that looks suspiciously like a dolphin diving through the clouds.