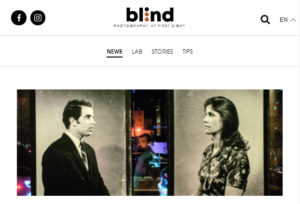 Cross-posted from blind. [By Michaël Naulin]

The VII Foundation presents a new book by photographer Gary Knight. Imagine: Reflections on Peace (also published in French as Imagine: Penser la paix), created in collaboration with several photo reporters and journalists, is a collection of 200 images accompanied by reflections on the imperfect construction of peace.

‘For thirty years, war was my life.’ Haunted by conflict, Gary Knight has spent years covering the war. It consumed some of his friends. As it did him. ‘In April 2003, a few days after returning home after the invasion of Iraq, I and a close friend were looking at the photographs I had taken there. The invasion of Iraq was a personal turning point and the last chapter in my career as a journalist devoted to photographing violence. I felt burned out,’ he admits. Several years of reflection and questioning followed. How can peace be sustained in territories where war has made itself at home? Gary Knight dedicates this book to those who have endured war in hope of peace and to those who have the courage to build peace. This is a work of hope without being a praise of peacetime. This is the fruit of three years’ work with some of the great names in photojournalism.