What You Can Learn From the Architectural Photographer Ezra Stoller 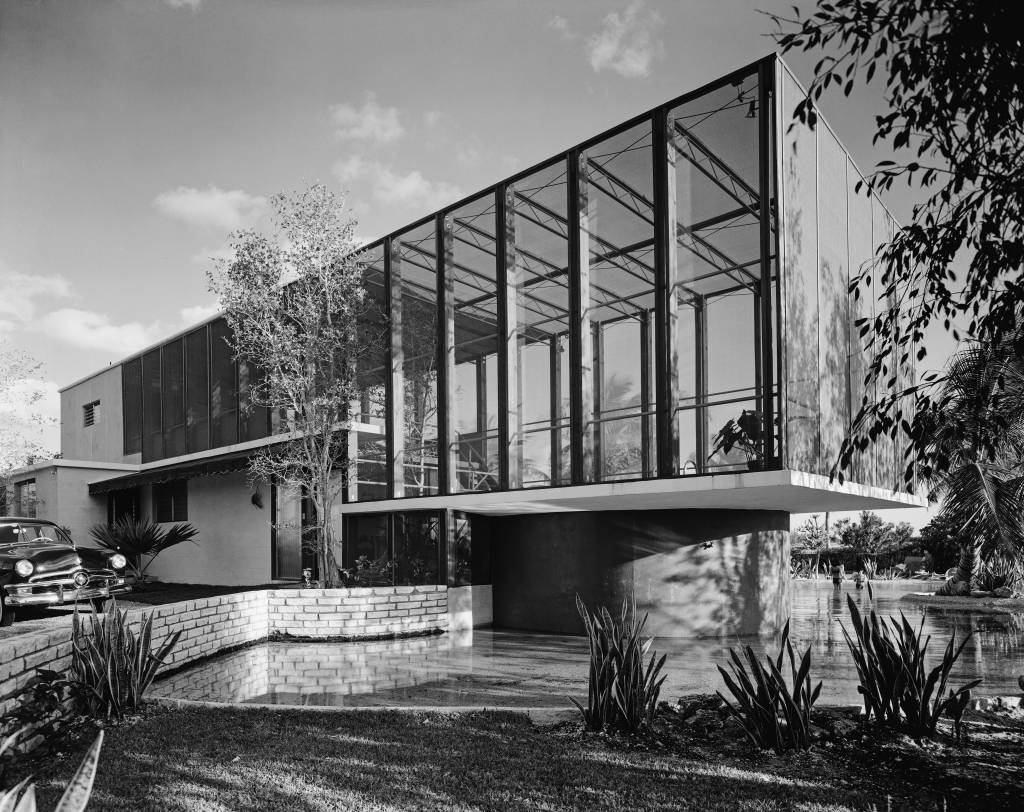 “Richard Meier adored him. Frank Lloyd Wright asked for him. IM Pei admired him. And they all hired him. It’s safe to say that from the 1940s to the ’70s, the go-to photographer for the world’s most respected architects was Ezra Stoller.

Stoller, whose career coincided with the ascendency of Modern architecture, famously shot Falling Water, the U.N. Building, Eero Saarinen’s TWA terminal, among dozens of other celebrated homes, factories, headquarters, and office buildings. In fact, Stoller’s influence was so pronounced that, in many cases, when we think of those buildings, it is Stoller’s images that we picture. Which is one of the reasons why Pierluigi Serraino, an architect and author based in Berkeley, California, spent three years working on a book about him. Serraino’s gorgeous coffee-table tome, simply titled Ezra Stoller, is a monumental collection of 450 photographs (as well as a handful of well-reported and insightful essays), in part the result of Stoller’s estate granting unrestricted access to an author for the first time in its more than 50-year history.”

What you can learn from the architectural photographer Ezra Stoller