What It Was Like to Assist Master Photographer Irving Penn 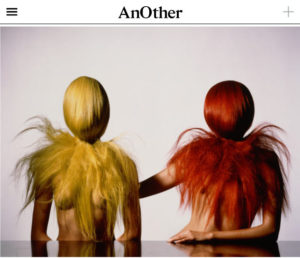 Cross-posted from AnOther. [By Miss Rosen]

“In 1996, Vasilios Zatse began his journey with Irving Penn, starting as an apprentice to the master photographer and rising to become the deputy director of the Irving Penn Foundation. Zatse remembers arriving at Penn’s Fifth Avenue studio for the job interview, expecting to see the most modern equipment, only to be whisked back in time.

‘When you stepped into the studio, it was as if the outside world didn’t exist. You were in Penn’s world,’ Zatse says. ‘It felt like an atelier. It was a studio with very plainly painted walls, white and battleship grey, and creaky worn wooden floors and some of the cameras that dated to his beginnings at Vogue magazine, going back as far as the early 1940s or early 50s.’”

What It Was Like to Assist Master Photographer Irving Penn