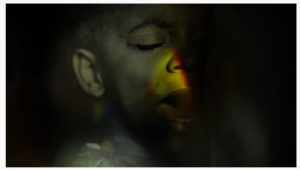 “Gordon Parks found a ‘weapon’ against poverty and racism in a secondhand camera.

‘I saw that the camera could be a weapon against poverty, against racism, against all sorts of social wrongs. I knew at that point I had to have a camera.’ – Gordon Parks (1912-2006)

Born into poverty and segregation in Fort Scott, Kansas, Gordon Parks was 25 when he arrived in Seattle, Washington with only a few dollars in his pocket. There, drawn to photography’s power to expose inequality and injustice, he headed to a pawn shop and bought a secondhand camera and some rolls of film. In the years that followed, he would receive countless honours for his work documenting American life – in addition to a multitude of pioneering accomplishments in writing, publishing, painting, composing and film directing.

This video from Evan Puschak (also known as the Nerdwriter) focuses on a 1948 photoessay by Parks published in Life magazine that captured the life of a young, Black gang leader in Harlem. Showcasing and contextualising the images, Puschak explores how Parks’s intimate and confronting style forces many Americans to acknowledge the struggle, poverty and dignity that, for the powerful, often existed out of sight and out of mind.”