VIDEO: One Photo per Day for More Than a Year, Exploring How Rituals Affect Memory 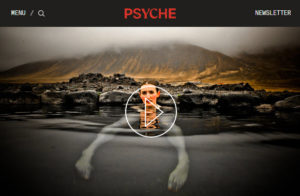 Cross-posted from Aeon / Psyche. [Photos and narration by Jonathan Harris]

“On 27 August 2009, the US artist Jonathan Harris turned 30 and began a project that he called Today. The idea was simple: each day he took one photo and posted it to his website before going to sleep. He kept this up for 440 days, then stopped. A few weeks later, his friend Scott Thrift made the short documentary, also called Today, about the project. The film’s concept is simple too: each of Harris’s photos appears for one second, in the order that he posted them, while we hear him reflect on the intentions and effects of this ritual.”

VIDEO: One photo per day for more than a year, exploring how rituals affect memory