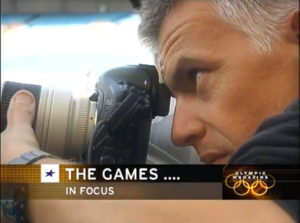 Cross-posted from PetaPixel. [By Jaron Schneider]

“‘One Shot: Photographing the Olympic Games’ is narrated by Olympic Champion Jonathan Edwards and features multiple award-winning photographers including Lucy Nicholson, Dave Burnett, Bob Martin, Tim de Waele, and Tsuyoshi Matsumoto. It also shows 146 images from the Olympic games dating back over 50 years. It was shot during the Summer Olympics in Rio de Janeiro that took place in 2016.

The documentary aimed to look at Olympians caught in a moment in time, distilling events – and perhaps the entire idea of the Olympics – into single frames.”

On the same page are other videos: “A Day In the Life Of A Photographer – Sydney 2000,” “IOC Press Operations,” and “Jim Dietz, Getty images.”