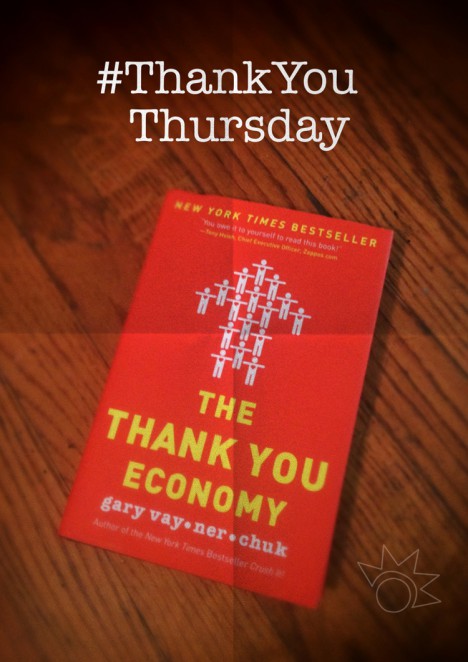 We are so busy in today’s society that we often don’t slow down to say thanks — although it’s the right thing to do. The kind thing to do. Mark Twain said that “Kindness is a language which the deaf can hear and the blind can see” and thank you is the simplest form of kindness. A simple 2 words that cost you nothing and are worth their weight in gold.

But I’m not telling you anything you don’t know. Your life is busy, hectic, crazy and where would you get, if you said “Thank You” to everyone, I mean that’s just a waste of time, right? And on top of that, in today’s world of 140 character, 6 sec videos and fleeting posts, what’s a “Thank You” even worth these days?

An experimental “Thank You”

Well, I did a little experiment on that this year. Thursdays have traditionally been #ThrowBackThursdays on Twitter, where one posts some goofy photo of oneself decades back; it’s good for a little smile and then you move on. Well I figured I’d institute #ThankYouThursdays, where every Thursday I go to all the new followers on my Twitter accounts (@photosbydepuhl and @moviesbydepuhl) and tweet a Thank You to each new followers.

It all started when I read Gary Vaynerchucks (@garyvee) book over last year’s Christmas Holidays which includes “The Thank You Economy” and sat down and wrote each of them a personal tweet, thanking them for following me on Twitter and wishing them a happy New Year (you can read about this experiment a little more on the “2 words that blew up my Twitter feed“).

I’ve been doing this for a year now. Every Thursday first thing in the morning, I find the first new follower I did not thank in last week’s #ThankYouThursday, write a brief “Thank You” tweet to them and schedule those to tweet through out the day.

Go ahead – go to my Twitter feed @photosbydepuhl this Thursday (Happy Thanksgiving by the way) and you’ll see a bunch of #ThankYouThursday tweets pop up. While you’re there hit follow and I’ll send you one next week – (include the hashtag #ASMPThankYouThursday and I’ll give you a special shout out). 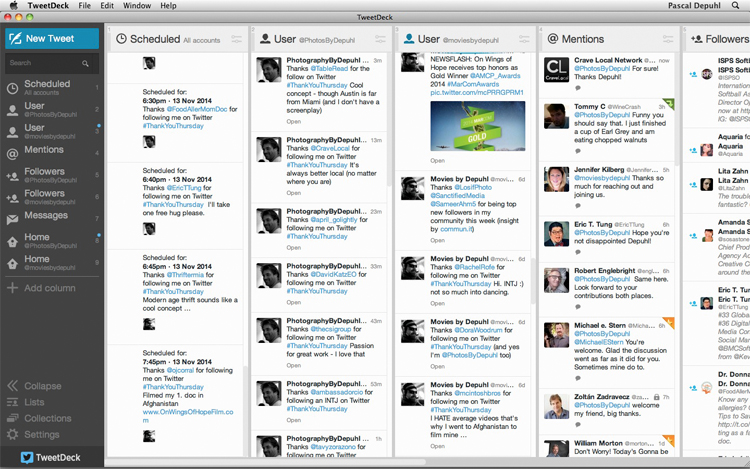 Has it been worth it?

Well, first of all it’s the kind thing to do. Secondly I doubled my twitter followers on @photosbydepuhl this year — and most of those are real people that know I care and that care about my business. Many people tweeted me back, saying that they’ve never gotten a thank you for following  from anyone. Ok, it’s Twitter and in the grand scheme of things it’s not life changing that I said thanks, but I want to remind you that it does not hurt you to show you’re grateful. Even if you take 140 characters to do so. Say thanks more often. You’ll be surprised what comes from it.