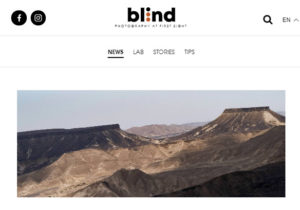 Cross-posted from blind.  [By Bill Shapiro]

Celebrated photographer Ralph Gibson on making his new book—both its magical images and its spreads that are always greater than the sum of their parts.

If you ever get the chance to talk to Ralph Gibson—the legendary photographer behind a shelf’s-worth of books and a staggering number of iconic images—you must jump at it. Let me tell you why: With apologies to my girlfriend (who I find endlessly fascinating) and to my kids (whose calls home from college I live for), the single-most entertaining, far-ranging, fast-moving pinball-game of a conversation I’ve had this year was the 79 minutes and 46 seconds I spent with Gibson talking about six spreads from his new book.

Though not meant as an instructional, for the student of photography, Sacred Land is a master class in finding pictures and displaying them. Here, Gibson, a Guggenheim Fellow and a Chevalier of the Legion of Honor of France, shares his insights about making his images as well as his magic, whispering spreads.