For me, iPhoneography is all about restoring a fundamental kind of creative joy that I had as a 12 year old first discovering the magic of image-making.  There is a fluidity to using the iPhone as a camera that is somehow triggering my imagination and visual responsiveness to the world around me.

While none of these images may be fully “professional grade”, I find they are similar to the sketches that an artist might do to begin to figure out how he or she wants to paint a scene before them.  I respond to light, color, and moments of human encounter going on all around me.  The “camera” can be disguised as a phone or music listening platform so others aren’t even aware of my using it as a camera.  Thus I can get closer to natural moments without being tripped up fully by an application the “Heisenberg principle”; namely that the mere act of observation changes the reaction being observed (a gross simplification, sure to offend physicists everywhere).

At any rate as I have begun my personal iPhoneography journey, I have settled on three apps in particular as being useful and entertaining.

Instagram as a place to post and share my best images.  I still like the simplicity of this application and the way it functions to enable quick captioning and sharing of images.  It also offers some basic image effects that can alter a scene in fun ways. 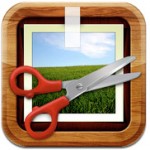 PhotoForge 2 as a way to quickly do basic tweaking of the image.   It is the closest thing I have found to Adobe Photoshop, although I should put on the caveat that new apps are coming along continuously to make the editing of images an easier process, while also offering more sophisticated controls.

A tie between Hipstamatic and Camera Awesome.  Hipstamatic continues to be my primary tool for creating specific effects.  I love its versatility and the way that new possibilities are being continuously added as Hipstapaks, although admittedly each addition is another cost.  Camera Awesome is a product of SmugMug, a photo sharing service.  I like it because I can lock exposure and focus easily in one touch.

Have fun and rediscover your inner child, photographically-speaking.