Questions with an Educator: Rick English 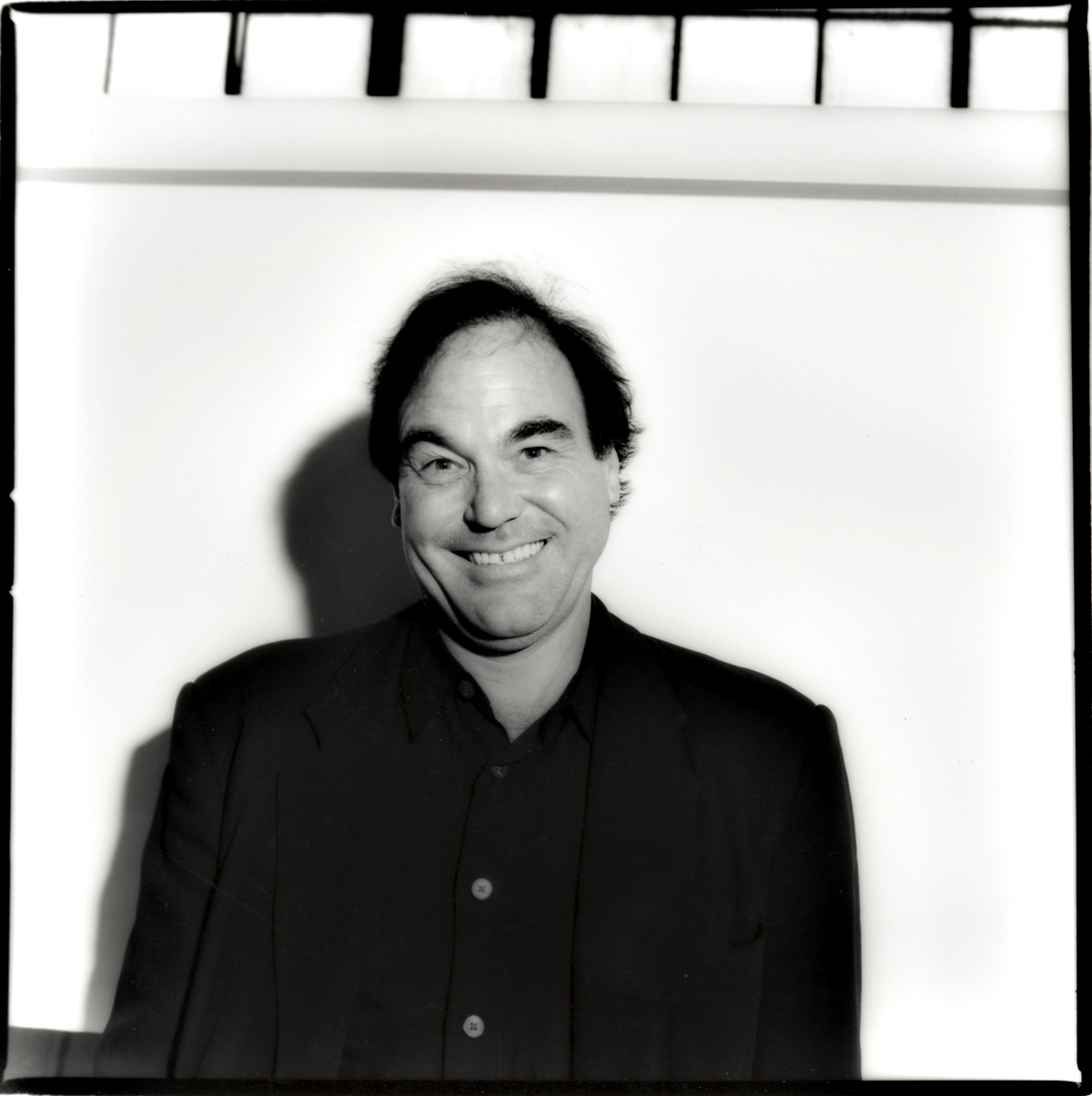 This week’s Questions with an Educator features Rick English.

Rick is a Georgia-based photographer and professor at the Savannah College of Art and Design. He has had a very successful career in photography and has also expanded to video and book publication. Here, Rick describes his teaching style, how he incorporated video into his business, and a bit about his documentary, “Preventing Genocide.”

We asked: How do you engage your students? How would you describe your teaching style?

Rick said: I’m pretty high energy, so I bring that into the classroom. I always show students a power point of my career path on the first day, to show some of the different things and people I’ve photographed, and give them some context of how varied and unexpected a photographic career can be. I’m fortunate to be teaching what I know, so I do lighting demos and talk about the jobs I shot, and how I handled the challenges involved. I think that establishes a personal connection with the students. I have a lot of good stories to tell (Steve Jobs, Jony Ive, shoots that took me all the way around the world, twice), and I tell the stories when I think it is useful. When they are working, I am very hands on talking about options they may not have thought of, and in general I just love spreading the knowledge. I talk as much as I can about the business and client relationship part of the profession. I let them know gently that speaking in a tiny voice in a critique is not going to serve them later in meetings in the real world. Our students are motivated and very talented, which makes teaching incredibly rewarding. I do my best to build a fun, creative atmosphere in the SCAD studio, exactly like I did in my studios.

We asked: When did you incorporate video? What did this inclusion entail?

Rick said: I had been asked to put together a big deal three slide projector presentation for a new Apple product, so I started shooting lots of sequential stills that would be faded together. Three weeks before the due date, I was told the presentation needed to be on video tape instead. I immediately switched over to shooting with my Sony video camera, and shooting 16mm film with my Dad’s Arriflex. He had used it to shoot industrial films in the 60’s and 70’s. I was instantly hooked on motion. I edited the film, video and stills together at a big time facility in SF, and loved the editing process. I remember walking out with my tape thinking I had just found something huge and fantastic. I got my first real video camera and editing system and started selling the idea of video to all of my clients, and it took off. At the time, firms would have to spend 100-150k for videos at big production houses. I discovered I could do all the writing, shooting, and editing with just my assistant, and I could charge 3-10k for small videos, and 20-80k for more complex ones. I realized I could shoot video the same way as I would stills on location, and then build those sequences into a tiny film that could be really moving or enlightening. I became a skilled editor, and remember feeling like I was ‘disappearing’ into the pieces while I was editing them. I developed some really pushed looks that I used for Apple and some of my ID clients. A lot of that work was about predicting the future of technology. The video work eventually surpassed my still billings, and really changed the economics of my business.

We asked: Your very first client was Apple. How did you market yourself from the very beginning to obtain a job such as this?

Rick said: I went to UC Berkeley for my last two years of college starting in Architecture at the School of Environmental Design, then joining a small program in the department with 15 students called Visual Design. I started working on my portfolio of 4×5 studio product shots, intending to pursue photography as a profession. I got the job of chief photographer at Runner’s World magazine, left my Dad’s studio and got experience running my own studio at their facility. After six months the magazine was sold, and I received six month’s severance. I was trying to figure out how to open my own studio, was painting an apartment building in Palo Alto, and ran into a high school friend who was working at Apple. We chatted and he said there was a big shoot coming up, would I like him to show my portfolio. He did and I got the job, my first real corporate shoot on my own. I rented a building in Palo Alto, borrowed my Dad’s equipment and did seven highly propped desktop computer shots. With that money I bought equipment and leased my first studio in Palo Alto. With the Apple work in my portfolio, I started working with Industrial Design firms in Silicon Valley, as well as graphic designers, ad agencies, and corporations directly. Apple was the beginning, before I did any marketing. The book ‘Apple Design’, published by Graphis, is a history of design at Apple.  It was published in 1999 and contains 360 of my photographs of Apple products. It increased my visibility, and I have seen it in design firm libraries around the world. I tell my students be ready when that door opens!

We asked: What would you said is the most difficult concept to teach a photography student?

Rick said: I think the lighting options in the studio can be overwhelming. We start with a one light assignment, teaching how to create volume or negate it. The assignments get more complex as we move through the quarter. I stress the choice between soft or hard light as a starting point. I also talk about the importance of observing light in the real world, and using that information in the studio. Of course lighting is part of the equation, but at level one they are still working on basic concepts like camera control, shooting tethered, depth of field and composition. Students grasp these concepts at different speeds, and I work hard to keep them all motivated. I try to talk about the initial importance of concept, developing an idea and working towards that, not just moving lights around. SCAD is really invested in preparing our students to succeed once they graduate. We have incredible support in updating our equipment. We recently added 10 new Broncolor strobe systems to our existing Profoto systems and LED lights. We have the current Canon, Phase one and Hasselblad systems. Our goal is to prepare students to be able to walk into any studio in NYC as an assistant and be completely prepared to handle the equipment, as well as understanding what their role is. Summer of 2019 we had students interning with Annie Leibovitz and Platon in NYC.

We asked: Please describe your documentary, “Preventing Genocide,” and what went into producing it. How did this project come about?

Rick said: Preventing Genocide is based on the work of Dr. David Hamburg, who concentrated on preventing genocide and ending the nuclear arms race. He was president of the Carnegie Corporation of New York, and president of the National Academy of Sciences. I went to junior high in Palo Alto with his son Eric. We did various video projects together, and in 1990 we spent 10 days in Moscow, shooting interviews with scientists, politicians and even a Russian general for a think tank in Washington D.C. Eric wound up working as a producer for Oliver Stone in Los Angeles. Oliver wanted to shoot the prequel to ‘JFK’ in Cuba, so Eric and I made two trips to Cuba in 1994 meeting with officials and shooting possible locations. We actually met Fidel Castro at the Havana International Film Festival. We got a picture of the three of us, and he asked Eric to send him “a clean VHS copy of JFK.” For Preventing Genocide I filmed Dr. Hamburg doing 27 hour long interviews in California, New York City and Washington D.C. We had remarkable subjects like Desmond Tutu and Kofi Annan. It was an incredible film to work on as photographer and editor. I did a full length 90 minute cut, as well as a 45 minute ‘classroom’ cut. All the raw interviews and finished versions are archived at the Stanford University Library for perpetuity. This was by far the most important project I’ve worked on and also the most emotionally and intellectually rewarding.