Questions with an Educator: Brian Storm

by Lily Barber | May 6, 2020 | Questions with an Educator, Strictly Business Blog 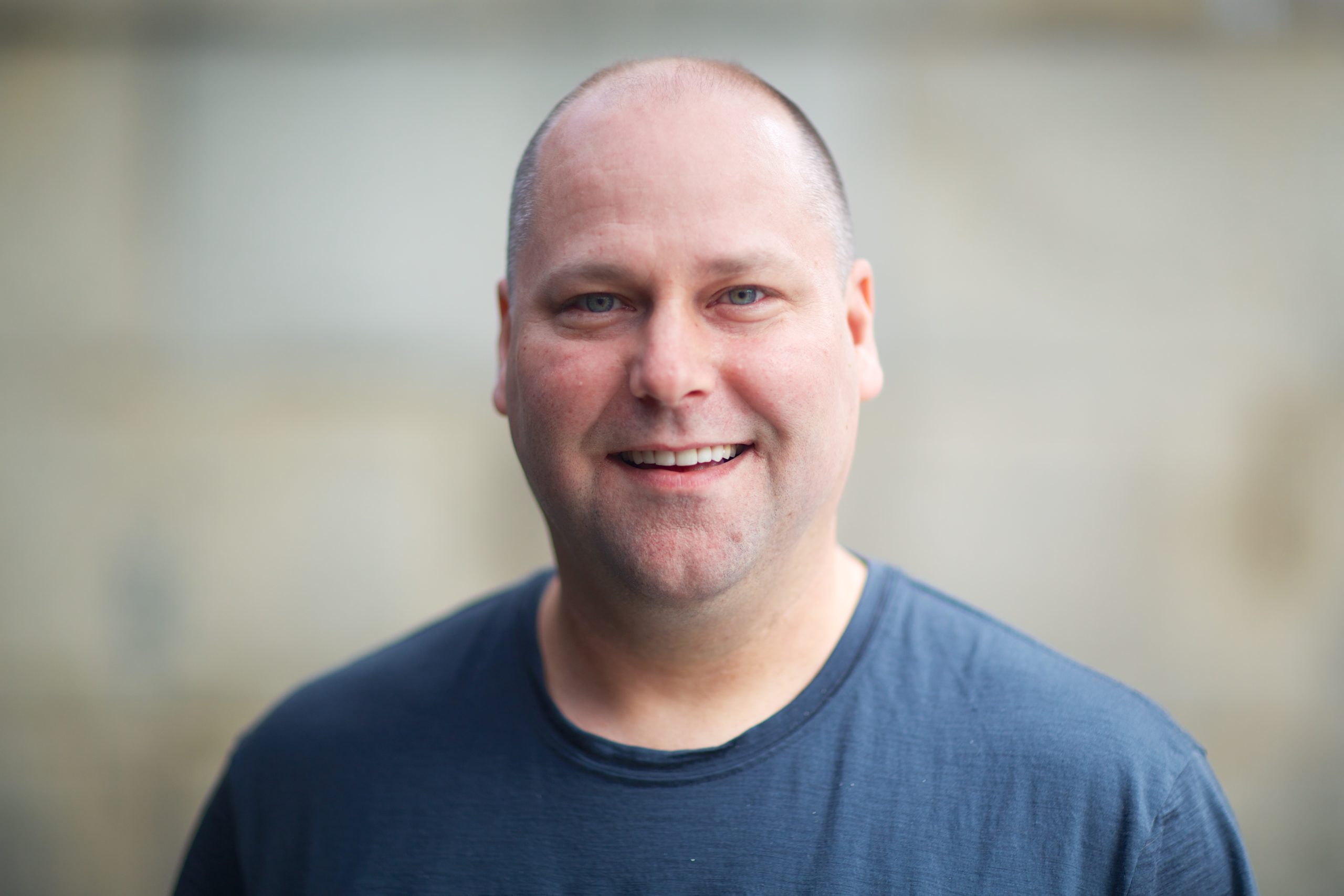 This week’s Questions with an Educator features Brian Storm.

Brian Storm is the founder and executive producer of MediaStorm. MediaStorm is an award-winning film production and interactive design studio that gives voice and clarity to the most pressing issues of our time. They feature inspiring and moving stories in their digital publication, share proven techniques to elevate storytelling in their online training, and produce engaging projects for clients around the world. They’ve also developed the MediaStorm Platform as a new tool in their quest to control the content they create.

Brian created MediaStorm to help overcome a number of obstacles in the photojournalism industry. Here, he outlines the various phases of his career in which he tackled different problems within the industry, the impact he hopes MediaStorm will have on the industry, as well as the one concept he hopes all participants will remember from their training.

We asked: Please describe how your business, MediaStorm, came about and the impact you hope it will have on storytellers in the photojournalism industry.

Brian said: Believing that the world needs great storytelling to understand the complex issues we face, I want to help others start companies like MediaStorm. We teach workshops about how we started and how we have evolved over the past 15 years to share hard-earned lessons to make it easier on them than it was for us.
The original version of MediaStorm started in 1994 when I was a graduate student at the University of Missouri studying photojournalism. At that time, I was disillusioned with the limitations of photography to tell a complete story and the limited space for quality images in newspapers. I became very interested in how interactive content could better feature photography, so I learned how to write code and created CD-ROMs  for Pictures of the Year and the Missouri Photo Workshop.

Audio is the gateway drug to video
While CD-ROMs were an exciting new distribution method, I was also learning that audio was the key missing ingredient to tell stories in a more complete and compelling way.

Most of us became photographers because we love journalism, but we don’t necessarily want to write. I found that when conducting audio interviews, the subject would write a great caption for me. Instead of just taking their picture, I could give them a voice by empowering them to tell their own story in their own words. I spent the next 10 years working with photographers to record sound, knowing it would position us for multiplatform distribution. What I ultimately discovered later when the second generation of MediaStorm was introduced in 2005, is that our profession is so visually sophisticated, if we learn how to produce good sound, we could make really powerful films that would be the complete storytelling package.

2005 was a landmark year for online storytelling and online capabilities. YouTube came out this year, allowing you to host video for free. This is also the year that Facebook was really hitting its stride. Social networking was growing, which really poured gasoline on MediaStorm’s fire. The fact that people could spread our stories through these platforms was a huge development. While that demand for video content and growth in social networking were important factors, they weren’t really why I brought MediaStorm back. I relaunched it because there was nothing else I wanted to do more than tell important stories in the best way possible. To this day, I’m driven by that same purpose.

Sharing what we have learned
We were trying to publish stories that we cared a lot about and the films were having the impact we’d hoped they would. We realized the results we were getting, from seeing how much our viewers wanted to learn more about the topics to the awards we were winning, were mostly based on our dedication to the craft. We worked to demystify this production process and create a methodology that is replicable. We saw the endless opportunity to tell important stories online and we wanted to do more without sacrificing quality. We share our strategy broadly because we are trying to have other people take this model and use it. We can’t meet the client demand alone, so why not help others? Through our one-day workshops and methodology workshops, we have created an avenue for others to replicate our model. We have also detailed our full post-production workflow. We were early in moving to online training, building a strong offering back in 2011 that is still being used by many journalism schools around the country.

We asked: What is the one thing you hope all individuals participating in your workshops and training absorb and utilize in their own work?

Brian said: If it’s only one thing, it’s quality. It’s doing something really, really well. Obviously that is super subjective, but it’s a medium that demands something important or something really funny. If you think about what people tweet and share, they are either tweeting the best explanation they’ve seen on US-Russia relations or a cat spinning on a fan. Because the important stories we wanted to tell weren’t inherently funny, we focused on the quality side of storytelling and found ways to add some levity where it made sense.

I also think being purpose-driven is another incredibly important element. It is so difficult to work in this space of photojournalism and documentary storytelling. It is hard on your psyche, it is hard on your personal relationships and hard on your wallet, so if you don’t care deeply about the work you are doing, you aren’t going to make it. Your bank statement is definitely not going to motivate you. You have to believe in the purpose of what you are doing. I think that most people in this field are called to it, and those are the ones who have some staying power. The people I’ve met doing this work are some of the most stellar human beings on this planet and that’s an awesome benefit that can’t be quantified.

We asked: How have you set up MediaStorm to be able to work with very large-scale corporate clients like Starbucks, as well as individual photographers and filmmakers? Are there a lot of similarities present when working with both small and large-scale clients?

Brian said: We started working with individual storytellers and then grew from there. Our early projects were with incredibly talented, purpose-driven people like Ed Kashi and Julie Winokur, Kristen Ashburn, Brenda Ann Kenneally, Patrick Brown, Jessica Dimmock, Marcus Bleasdale, Scott Strazzante, Jonathan Torgovnik and Danny Wilcox Frazier to name just a few. To help those individuals realize their long-term stories as a film was really the genesis of the company. We wanted to present stories about issues that we care deeply about. The types of clients that also care about that found their way to us through their networks. Starbucks came to us after watching many of our films and simply asked if there might be some way to collaborate. I greatly this concept in our workshops. Go make the film you want someone to hire you to make. This is how you grow your brand that positions your business to get the kind of work that feeds your soul.

We asked: How has the business of digital storytelling changed since MediaStorm was established?

Brian said: In 1996, I attended the Kalish Workshop for the first time. I was 25 years old working for Microsoft and I was the only person at the workshop who was working on a digital product. Everyone else was working for a newspaper. Newspapers were the dominant places that employed not just photographers but also the best picture editors in the world. I started teaching at the Kalish Workshop that same year when interest in digital storytelling was still limited. Now they give me the bulk of a day to teach because the world has shifted so much to the digital medium.

Even when I relaunched MediaStorm in 2005 it was still early in the digital world. I wish I had a dollar for every time somebody told me at the start that we couldn’t make a business out of it. That was 15 years ago now and most businesses fail within the first year. Usually if you make it through a year, you know you have something that might stick. Once you hit that three year mark, you have a business. If you’re 15, you have to really challenge yourself and the model you have created so that you don’t get stagnant. This has been my focus over the last few years and has led us to focus on the packaging, monetization and distribution challenges of publishing.

We asked: What is the biggest obstacle many of your training and workshop participants are facing in their work and business operations?

Brian said: My focus has always been tackling the things that I think are holding back the craft. I love the field of photojournalism. What we do is so important, yet so misunderstood and undervalued. During the first stage of my career, I tackled the issue of becoming more robust as digital storytellers. The answer was adding audio and now video is the next generation. In the mid ‘90s, I was thinking about how we can get our best work seen. That isn’t a problem anymore. In 2005, I was thinking about how we can put this all together as a standalone business. A lot of people have looked at our model and learned from it, leveraged it, and made it their own. Now, I think the issue is taking a good, hard look at how the social media platforms duped us. They brought our audience to their sites and it took away some of our power as content creators.  We need to take back our content, our brand, our business model, and our relationship with our audience.

Our answer to this challenge is the MediaStorm Platform that allows content creators to package their own videos and interactive experiences. This purpose-built software is going to drive the next stage of  MediaStorm’s evolution and I couldn’t be more excited about how it’s going to enable great content to be viewed in the way we intended as its creators.

Learn more about what MediaStorm has to offer here.

Transcribed from an interview with Brian Storm.