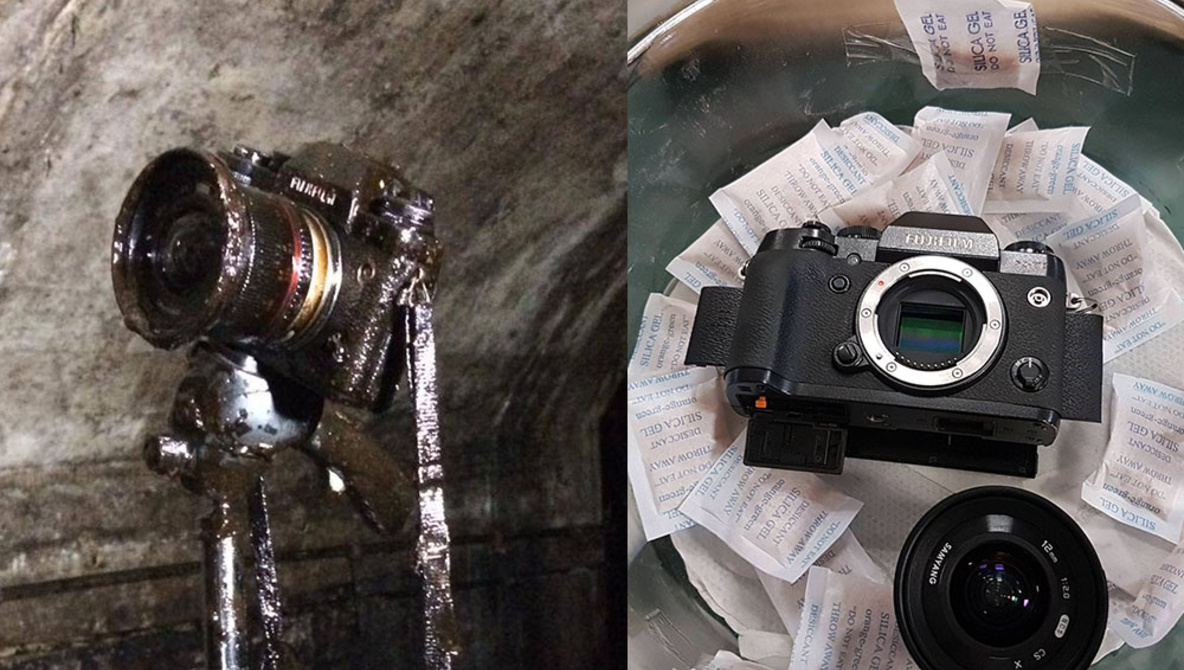 When Reddit user Grahamr1234 went out photographing with a friend, the last thing he expected was to go for a swim in some oily water and nearly ruin his beloved Fuji X-T1 and Samyang 12mm f/2. After trying on his own, he decided to turn to the Internet for some help recovering his beloved camera.

After giving the camera and lens a gentle clean with a cloth, taking the lens off gave Graham some hope. The sensor was free of any mark, other than some condensation that went away on its own, and the camera had been off the whole time, so nothing had a chance to get shorted out. He knew that as long as he was careful, there was a chance of recovery. With some advice from the Internet, as well as some equipment he had access to from his day job, Graham got to work.