Photographer Tania Franco Klein Asks If We Can Ever Truly Disconnect 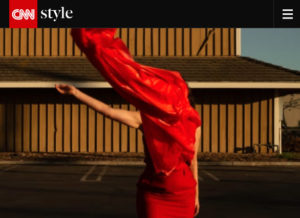 Cross-posted from CNN.  [By Jacqui Palumbo]  “In just three years, Klein has become an emerging artist to watch. She is now represented by Rosegallery and has exhibited internationally at major festivals and fairs. She’s won awards from LensCulture, Sony Photography Awards and Photo London.”

“Klein explores the idea of hyperconnectivity through the western microtowns that have been left behind as urbanization has concentrated the country’s population — and high speed internet connections — in major cities. She was drawn to ‘these in-between places,” she said in a phone interview, and sought them out across California, Colorado, New Mexico and Utah.’”

Photographer Tania Franco Klein asks if we can ever truly disconnect