One Small Step, One Giant Leap.

I have yet to meet a photographer who has an identical story; that is, one that relates to their ability to survive and have longevity in the profession. And you, the reader, may want to optimistically replace survive with thrive. It’s a massive gray area and one that’s relative. But forget about semantics. It doesn’t matter if you make 50k or 500k, this is about adaptation.

If I rewind to 1987, I think of photo school graduation and a few full time gigs shortly after (monitoring C-41 process, B&W mural printing, retouching prints using oil paint, retouch spray and colored pencils). Those jobs enabled me to purchase basic equipment. I then think of how there was a limited future in those jobs since I needed to shoot.

So I bailed and thought, “How creative can I be?” I ventured into foreign lands: Fashion Photography. Loved the work but hated the business practices I discovered.

Moving on I strung together odd freelance jobs, met lots of other photographers, did some basic Public Relations photography and had my first big “break” at a small college that paid 25.00 per hour freelance rate. At the time it was an acceptable path given my experience (very little) and they were taking a chance by hiring me.

Then a job as a staffer at a small newspaper opened up and I found my match. That lasted 18 years and ended with the recession that’s still waving its hands in our rear view mirror. But it was an amazing leap. 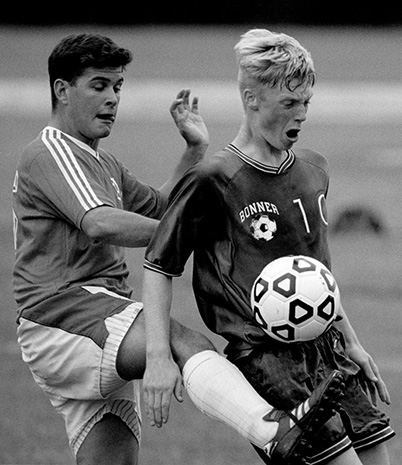 I was there to witness technology as it rolled through the industry and flattened The Old Ways. I saw the composing room switch from paste-up & hot wax to QuarkXpress. During that leap we transitioned from printing photographs to scanning negatives to digital capture. And this wasbefore video entered the scene. 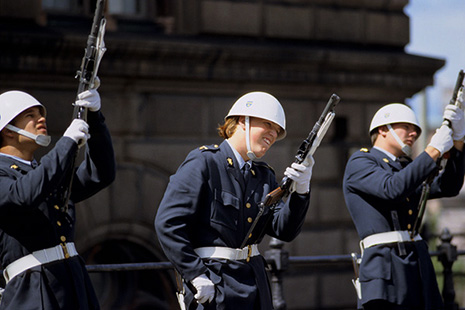 That brings me to the present. There are hardly any news outlets that are viable career options for lots of us. Instead I have taken another evolutionary step (it wasn’t an option, it was a choice I needed to make in order to survive) and in addition to maintaining a freelance business, I found a business partner and we brought a new production company into existence.

The really long evolutionary distance in 28 years of shooting I experienced was only possible by one method of travel…Small Steps.

After serving for lots of years on the Philadelpha Chapter board.  John’s next evolutionary step has him headed for service on the national board of ASMP as well as diving deeper into documentary film projects.