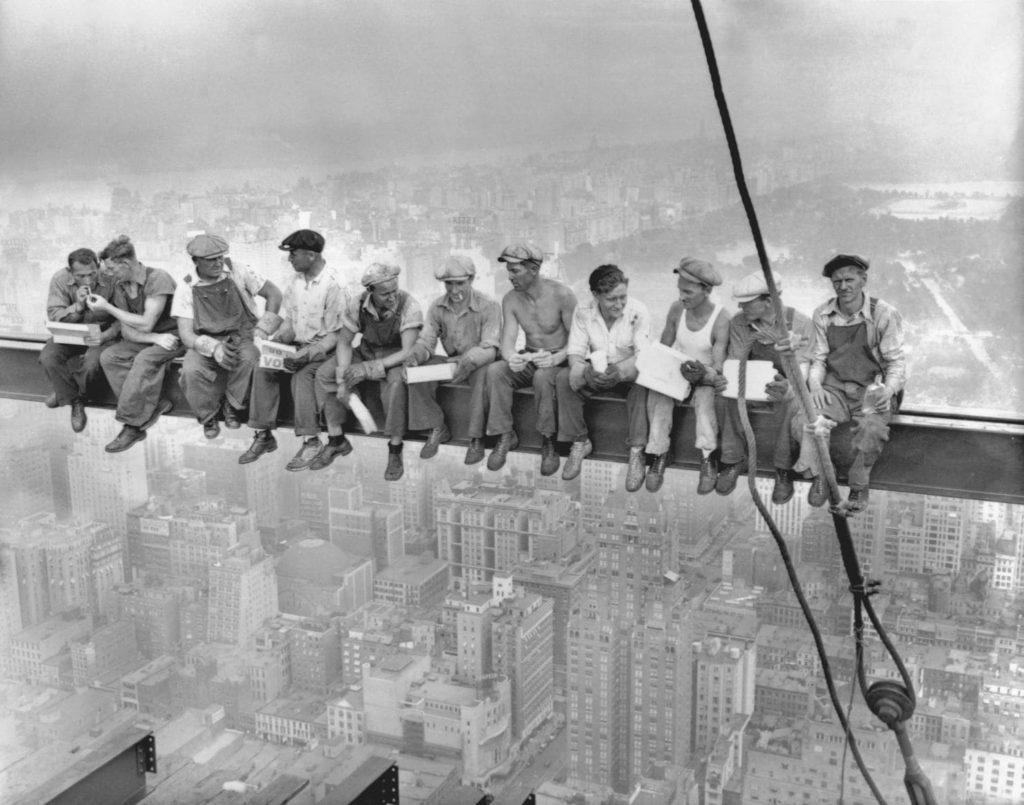 Cross-posted from The Washington Post.  [By Jessica Contrera]  “Photo buffs know the truth behind the classic photo: It was staged. The men in the picture were real ironworkers. They did build the structure that is now the 22nd tallest building in New York City and home to NBC studios. But rather than capture them in the midst of their lunch break, the photographer posed them on the beam for multiple takes — images that were intended as advertising for the new building.”