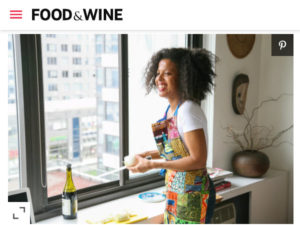 Klancy Miller, a chef-turned-writer who’s appeared in Food & Wine and The New York Times, is creating the publication she wants to see in the world.

Called For The Culture, it’ll be a twice-a-year print magazine written about Black women in food and wine—written by Black women and photographed and illustrated by Black women. At the time of this post, Miller’s Indiegogo crowdfunding campaign has just 72 hours left to meet its $40,000 goal. If it does, the first issue will be out this summer.

“Black women really are at the root of kitchens and cuisines in this country from the very beginning,” Miller says. “After Native Americans, it’s Black people. There’s a lot of shaping of culture that Black women have done, and definitely through food.