Jim Marshall: 23 Of The Most Influential Pictures From Music History 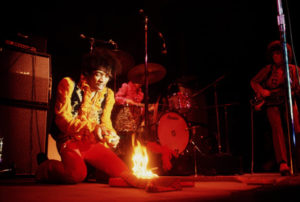 Cross-posted from BuzzFeed News [By Gabriel Sanchez] “Few photographers have had a life and career as historic as Jim Marshall. His pictures not only capture some of the most influential artists of the 20th century but also established a new level of intimacy in the relationship between entertainers and the photojournalists documenting them.

Some of the most iconic pictures ever made of artists like Jimi Hendrix, Janis Joplin, the Beatles, and Bob Dylan, to name a few, were captured through Marshall’s camera lens. His ability to level these larger-than-life musicians as normal human beings, coupled with his uncanny knack to find himself at the right place at the right time, established him as one of the era’s most sought-after music photographers. Whether it was the legendary Miles Davis or simply the neighborhood children playing stickball in the street, Marshall was able to capture the moment with striking humanity.”

Jim Marshall: 23 Of The Most Influential Pictures From Music History