Imogen Cunningham’s Rise: Why the Proto-Feminist Photographer Has Grown So Popular 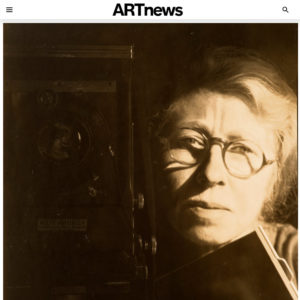 Cross-posted from ARTnews. [By Alex Greenberger]

“She was once considered one of the greatest photographers, alongside her contemporaries Alfred Stieglitz and Ansel Adams, and during the 1960s and ’70s, at the height of the women’s liberation movement, many recognized her important contributions as blazing a trail for women who wanted to take up the medium.”

“A rare complete picture of Cunningham’s oeuvre arrives in October courtesy of the Getty Museum in Los Angeles, which has issued a new book that surveys the whole of her output. (The book was intended to accompany a retrospective that was slated to open at the L.A. institution and then travel to the Seattle Art Museum, but that exhibition has been delayed by the pandemic.) On the occasion of that tome, below is a look back at Cunningham’s extensive and fascinating career.”

Editor’s Note: The late Imogen Cunningham was an ASMP Member.

Imogen Cunningham’s Rise: Why the Proto-Feminist Photographer Has Grown So Popular