How Graciela Iturbide Became One of Mexico’s Greatest Photographers 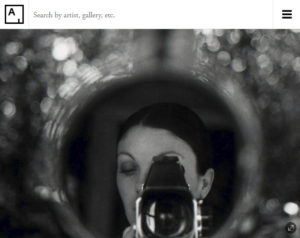 Cross-posted from Artsy.  [by Elyssa Goodman]  “In a career spanning over 50 years, and with photographs from her beloved Mexico, as well as India, Argentina, Cuba, and the United States, Iturbide became known for black-and-white images that raise documentary photography to a poetic plane. Her images are only magical realism in that they capture the magic of what exists in front of us, or in places we have not yet seen. A new exhibition at the Museum of Fine Arts, Boston, entitled “Graciela Iturbide’s Mexico,” features 125 of Iturbide’s images from her five decades in photography.”  The article contains a link to a video accompanies the exhibit.

How Graciela Iturbide Became One of Mexico’s Greatest Photographers

Here is another video interview, from 2017: https://youtu.be/3oZxDrw61eI