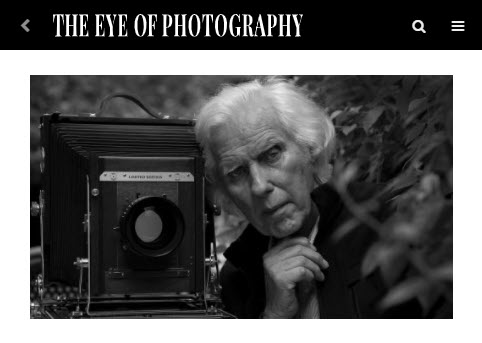 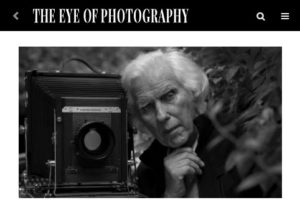 Cross-posted from The Eye Of Photography. [By Patricia Lanza]

“He joined Look Magazine in his early twenties, followed by Life Magazine during the 60’s/70’s shooting photojournalism. It was the Look magazine assignment photographing Marilyn Monroe ( just a year before her death), that is the most well– known. He has captured the famous inclusive of Hollywood’s elite; Elizabeth Taylor, Marlene Dietrich, Jack Nicholson, Michael Jackson, Andy Warhol, and Audrey Hepburn to name a few.

Through the years, Douglas Kirkland has worked on the sets of over one hundred motion pictures. He is represented in the world’s finest art collections and archives: The Academy of Motion Picture Arts and Sciences; The Smithsonian Institution; The National Portrait Gallery in Canberra, Australia; The National Portrait Gallery in London; The Eastman House in Rochester; The Houston Center for Photography; the Annenberg Space for Photography in Los Angeles; and a retrospective exhibition of his work was at the Museum of the Triennale in Milan, Italy.

Awards include: A “Lifetime Achievement Award” from the American ( S.O.C); a Lucie Awards for Outstanding Achievement in Entertainment Photography from the IPA (2003); The Golden Eye of Russia (2009); The American Society of Cinematographers ASC presented him with the prestigious President’s Award (2011); the Nastri D’Argento (Silver Ribbon) at the International Taormina Film Festival; the Canadian Consul General in Los Angeles Award of Excellence in recognition of a lifetime of outstanding accomplishments (2017); and the CAFA (Canadian Arts and Fashion Awards) gave him an outstanding achievement award for his career in photography (2019).”