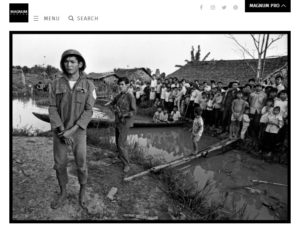 Cross-posted from Magnum. “Filmmaker Kamy Pakdel reveals the story behind a new documentary on Magnum photographer Abbas, completed mere days before his death”

“A soon to be released documentary sees the late Franco-Iranian photographer Abbas discussing his work, on camera for the first time, over ten days in the Magnum Photos office in Paris. Below, the film’s director Kamy Pakdel discusses how the project came about, and how its making unfolded over the last weeks of Abbas’ life.”