100 Photos – The Most Influential Photos Of All Time 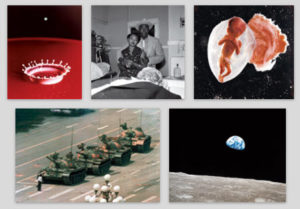 “We began this project with what seemed like a straightforward idea: assemble a list of the 100 most influential photographs ever taken. How do you narrow a pool that large? You start by calling in the experts. We reached out to curators, historians and photo editors around the world for suggestions. Their thoughtful nominations whittled the field, and then we asked TIME reporters and editors to see if those held up to scrutiny. That meant conducting thousands of interviews with the photographers, picture subjects, their friends and family members and others, anywhere the rabbit holes led. It was an exhaustive process that unearthed some incredible stories that we are proud to tell for the first time, in both written stories and original documentary videos.

There is no formula that makes a picture influential. Some images are on our list because they were the first of their kind, others because they shaped the way we think. And some made the cut because they directly changed the way we live. What all 100 share is that they are turning points in our human experience.”

100 Photos – The Most Influential Photos Of All Time