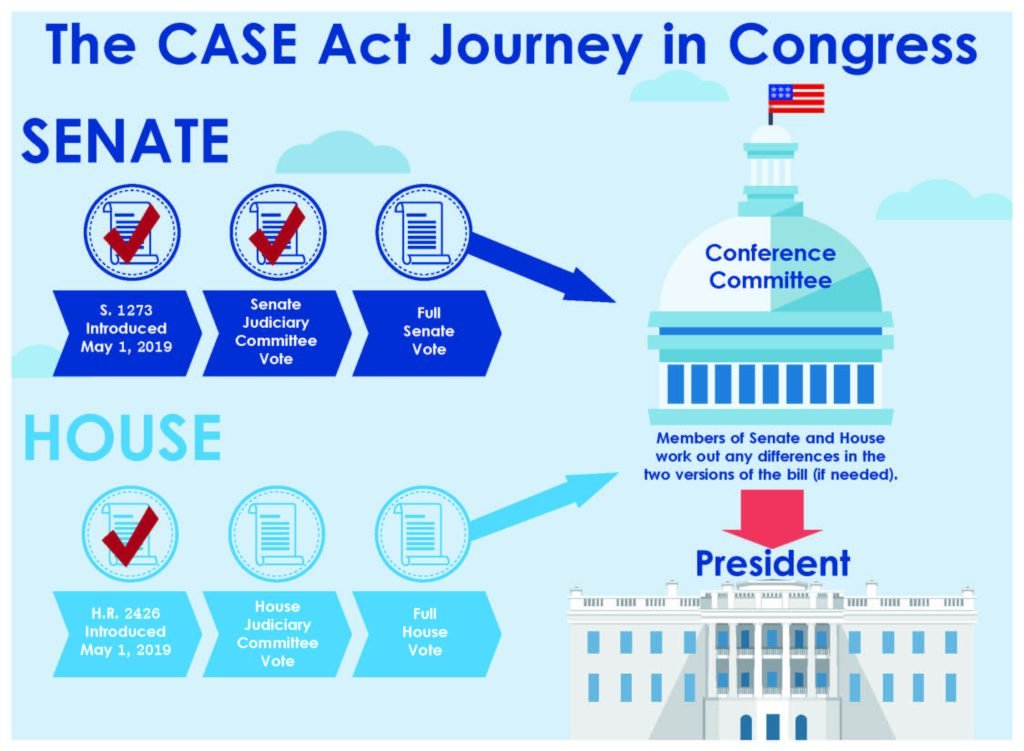 As Congress prepares to return to Capitol Hill next week, ASMP and its advocacy partners are preparing to launch the next CASE Act campaign – 50 States in 20 Days -to ensure that there are as many co-sponsors onboard in support of the CASE Act in expectation of the House and Senate taking action on the CASE Act during the coming weeks. The 50 States in 20 Days Campaign is scheduled to begin on Monday, September 9.

The premise for the campaign is that all the senators and representatives who haven’t already co-sponsored the CASE Act will receive an influx of calls, emails, posts, and tweets from members of the advocacy group organizations, ASMP, APA, PPA, NANPA, Authors Guild, among others, during a concentrated period of 24 to 48 hours, to encourage those members of the House and Senate to sign on as co-sponsors.
With the campaigns being state specific, non-member creators and non-creators who live in the specified state can also participate in any state campaign, so we ask you to prep your extended networks for the coming CASE Act-ion. For latest updates about the CASE Act, go to CASE Act Central.

Please see the schedule below for the 50 state campaigns. Information for each of the state campaigns will be sent to members residing in that state the day prior to the noted campaign date below, and each campaign will close at midnight on the following day. So everyone will have up to 48 hours to take action. Please submit questions to advocacy@asmp.org.