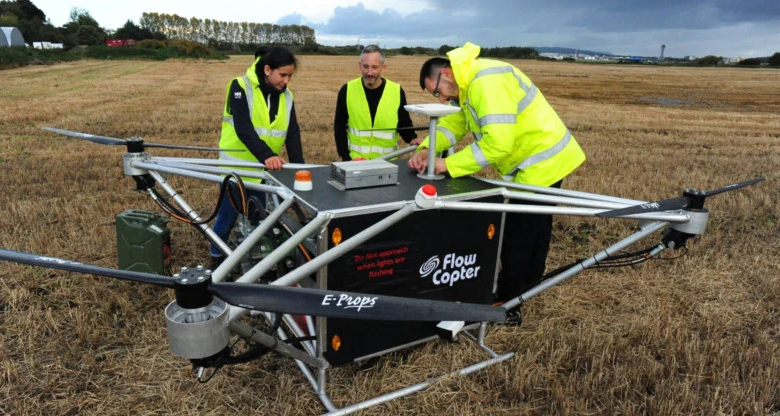 Leveraging a new type of hydraulic pump, Flowcopter claims that it has created a large drone that is significantly lighter, more robust, lower in cost, and capable of greater range than any other in its segment on the market.

The Flowcopter drone doesn’t use batteries and electric motors like are found in basically every other drone on the market, but instead uses pumps and gas engines to deliver what it promises to be a range of hundreds of miles and flight times that can extend up to six hours, Gizmodo reports.

Most drones, even those used for long-distance or transport purposes, use either fully electric rotors or some kind of hybrid gas propeller and electric lift system. The benefit of electric motors is that they are a lot easier to control precisely as the ability to adjust the rotation speed of each rotor is extremely important in order to retain controlled flight. This isn’t a big deal for objects that just need to provide thrust in a single direction, Gizmodo explains, but is increasingly important for objects like drones with four, six, or eight propellers that need to be regularly adjusted to compensate for wind, direction, and gravity.