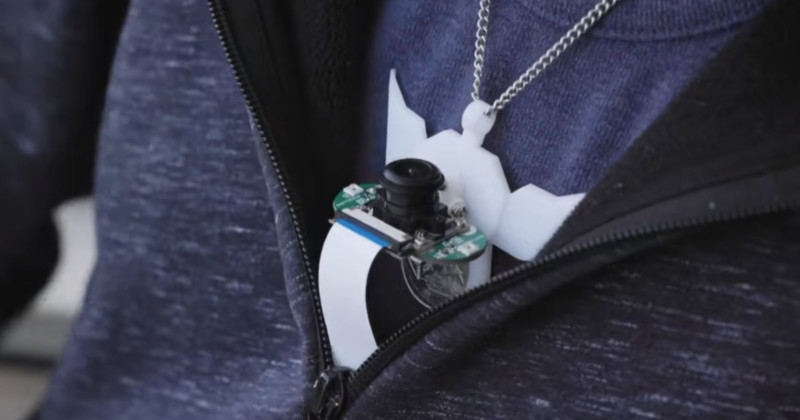 Cross-posted from petapixel.com [By Jaron Schneider]

Two researchers from Cornell University have created a wearable infrared smart camera that can detect voice commands even if the speaker isn’t making a sound by measuring the neck and face from under the chin.

The Usefulness of Silent Speech Detection

Cheng Zhang, assistant professor of information science in the Cornell Ann S. Bowers College of Computing and Information Science, and Cornell University doctoral student Ruidong Zhang have developed the wearable camera and dubbed it “SpeeChin.” It is the first necklace-based silent-speech recognition device that can detect 54 English and 44 Chinese silent speech commands.

“Imagine when your hands are occupied or you simply don’t want to reach out to your smart devices to interact with them, you might want to use voice control,” Zhang says. “However, if you are in a noisy place or in a meeting, voice control is not efficient or socially appropriate. This is where silent speech comes into place”…