U.S. Copyright Office Argues Warhol’s Use of Prince Photo Was Not ‘Fair Use’ 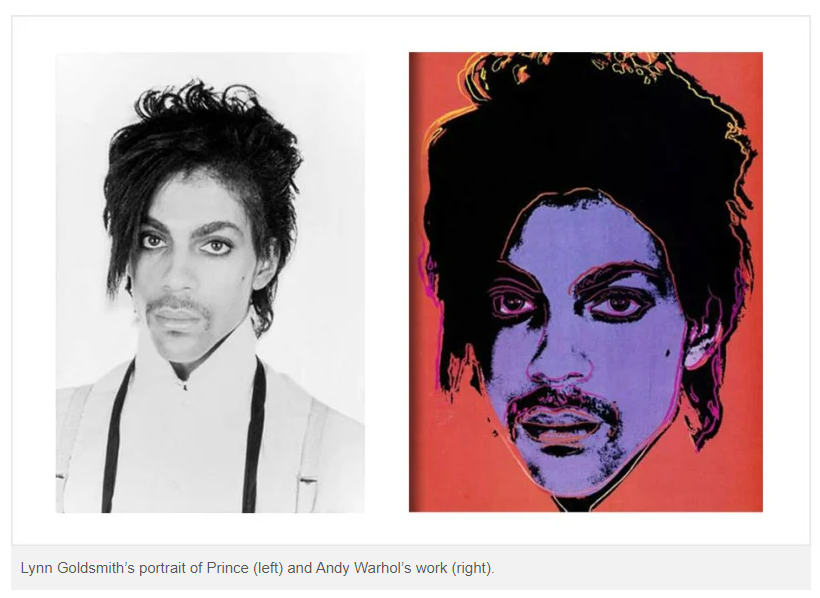 The United States Copyright Office has submitted an opinion to the Supreme Court that argues Andy Warhol’s use of Lynn Goldsmith’s photo of Prince was not fair use, sharing sentiments with opinions sent by the NPPA and ASMP.

On March 29, 2021, the New York-based U.S. Circuit Court of Appeals found that the Prince Series of artwork created by Warhol was not transformative enough and ruled that it violated photographer Lynn Goldsmith’s copyright — overruling the original verdict. The Andy Warhol Foundation appealed that decision to the United States Supreme Court.

In March of 2022, the Supreme Court announced it planned to hear The Andy Warhol Foundation v. Goldsmith case in October. The ultimate ruling then will have a massive impact on the visual arts community with regard to fair use.

Yesterday marked the last day that amicus briefs for the case could be submitted to the Supreme Court. As explained by the Cornell Law School, amicus briefs come from a person or group who is not a party to an action,but has a strong interest in the matter and will submit an argument that, usually, is intended to influence a court’s decision. Sometimes, final judgments will reference opinions that were sent to the court through an amicus brief.

Submitting an amicus brief to the Supreme Court is far more involved than doing so for lower courts, and anyone who goes through the trouble of submitting one does so under the presumption that the court, or at the very least its clerks, will read it.