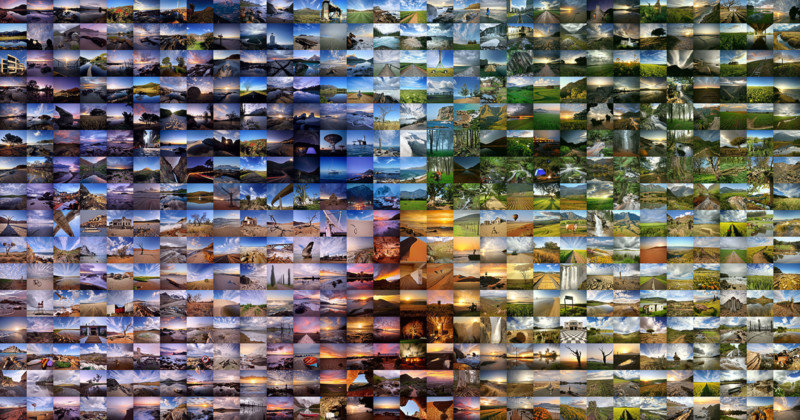 Cross-posted from petapixel.com [by Paul Bruins]

I created my first vertorama on the 20th of June 2007. While strolling around Cape Town with my camera early one morning, I noticed some beautiful light reflecting off the smooth polished cobbles in Greenmarket square.

My lens wasn’t quite wide enough to include both the cobbles and the source of the light, so unfortunately I wasn’t able to capture all that beauty in a single shot.

Then suddenly a thought occurred to me. I’d already attempted (with some success) to stitch photos together horizontally, so surely the same principles would apply when they were assembled vertically? So I lowered my tripod as low as it could go, tilted my lens downward, and focussed on the cobbles. I then waited patiently for some people to walk into my frame. As soon as I’d taken a few decent images of that, I tilted my camera upwards to capture the buildings and the source of the light.

I won’t ever claim to be the first person to create a vertorama or to call it that, but for many years I only ever shot vertoramas (and I always called them that).

So what exactly is a “Vertorama”? It’s nothing more than an abbreviation for the words “Vertical Panorama”. Most panoramas that you’ll see are horizontal (long and narrow), but a vertorama is vertical in orientation, and quite often square. The word vertorama didn’t exist in the English language in 2007, and a Google search of the term returned zero results.