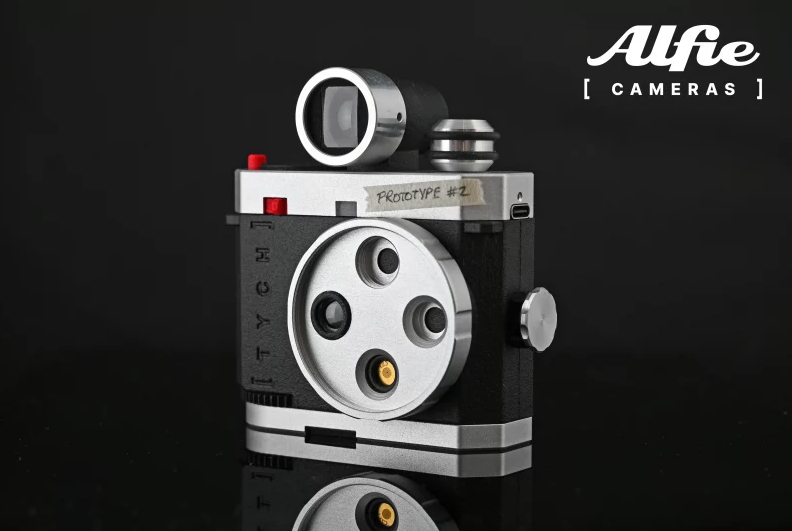 The Alfie TYCH is a new 35mm half-frame film camera that is being developed by a U.K. startup by the same name: Alfie Cameras. The system is currently planned for launch in September, and the company is looking for photographers to help Beta test it.

Alfie Cameras is a start-up based in Farnborough, U.K. The company was founded with the aim of bringing creative film photography cameras to the growing community of analog film photographers. The “TYCH” camera name is a play on the word Diptych, which is often used to refer to pairs of related photographs taken by half-frame cameras.

Like the Kodak Ektar, the Alfie TYCH is a half-frame camera and as such, photographers can get more than 72 photos per roll of typical 35mm film, but each photo is half the size.

What makes the Alfie different from the Kodak Ektar is the ability to use a selection of built-in lenses. According to the company’s founder, Dave Faulkner, the camera has three built-in lenses: a pinhole lens, an f/8 meniscus lens, and a Zone Sieve lens.