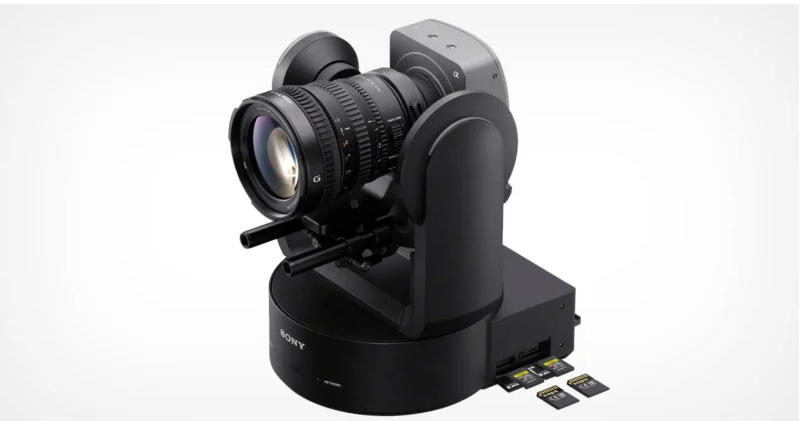 Sony’s new addition to its cinema line is the FR7. It takes its current imaging technology and combines it with remote-controlled robotics, creating the world’s first full-frame interchangeable lens (ILC) PTZ camera.

Sony says that the new camera inherits the look of the cinema line and provides a “new world” of remote shooting with accurate and smooth pan/tilt/zoom (PTZ) robotics, making it the first camera to combine lens interchangeability, a full-frame sensor, and the PTZ functionality.

The company says that it is primarily targeted for use in reality shows, episodic drama, talk shows, cooking shows, and music videos (for example, in cooking shows it would make it easier to move a camera around a chef without getting in the way).

Additionally, the camera could be deployed in more traditional use cases for PTZ cameras, such as fixed event spaces, houses of worship, streaming events, concerts, wedding venues, fashion shows, and theaters.

Sony says that the camera is built on three tenants: look, operability, and workflow.

The “look” is the camera, which is identical to the FX6 camera and features a backside-illuminated full-frame 10.3-megapixel sensor with 15+ stops of dynamic range and ISO performance from ISO 800 and expandable up to 409,600, which Sony says makes it ideal for placement where lighting cannot always be controlled. It supports a wide range of formats including up to 120p at 4K and high-quality 4K 60p 4:2:2 10-bit out via HDMI and SDI.