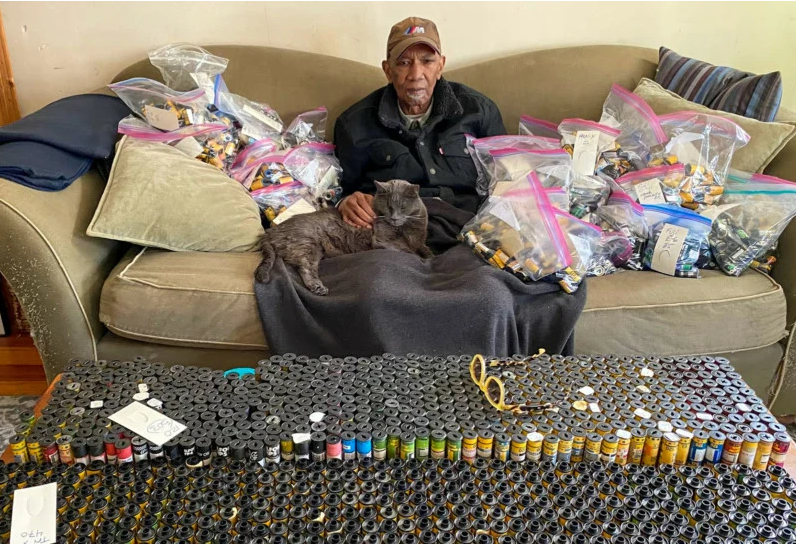 Cross-posted from petapixel.com [ by Phil Mistry]

Photographer Charles Daniels has been photographing famous rockers like Rod Stewart, Jimi Hendrix, The Who’s Pete Townshend, Aerosmith’s Steven Tyler, and others since the late 1960s. However, tens of thousands of his photos have never been seen — they are sitting in roughly 3,200 rolls of undeveloped film in his Boston home.

Much of Daniels’s work was shot at the famous Boston Tea Party, a concert venue in Boston, Massachusetts, that hosted famous bands like the Grateful Dead, Chicago, Neil Young, Frank Zappa, Pink Floyd, Fleetwood Mac, The Allman Brothers Band, Joe Cocker, Led Zeppelin, The Who, Sly and the Family Stone, and more.

The Master Blaster, as the club’s flamboyant emcee was known, kept his camera handy as he schmoozed with the celebrity musicians. Daniels was able to capture countless unguarded moments as Led Zeppelin, The Who, Faces, and others launched their careers at this very venue.

“He was a great guy… he was somebody that everybody liked,” says Ray Riepen, who started the Tea Party in 1967.

Photographer Lou Jones, who has been working in Boston since 1970, describes Daniels as “very approachable…everybody wanted to be the Master Blaster.”