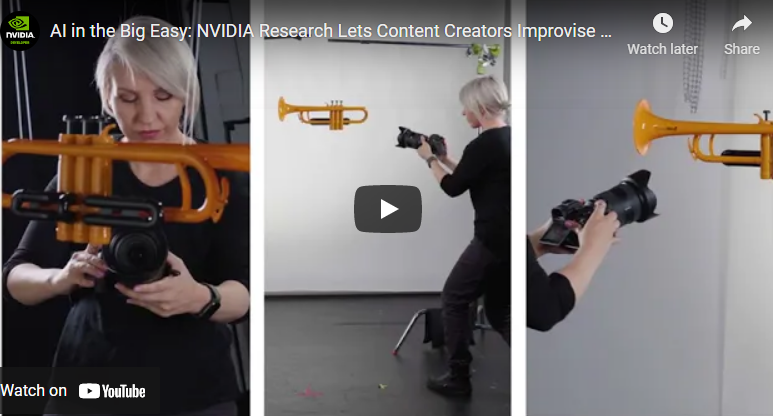 Cross-posted from petapixels.com [ by Jaron Schneider]

NVIDIA researchers have created a new tool that can easily turn photos into 3D objects. Called NVIDIA 3D MoMa, the company says it can allow architects, designers, concept artists, and game developers to quickly import objects into a graphics engine for digital manipulation.

The technology works through what is known as inverse rendering, which is a technique that can reconstruct a series of still photos into a 3D model of an object or a scene.

David Luebke, vice president of graphics research at NVIDA, describes this idea as a “holy grail” of sorts for computer vision and computer graphics.

“By formulating every piece of the inverse rendering problem as a GPU-accelerated differentiable component, the NVIDIA 3D MoMa rendering pipeline uses the machinery of modern AI and the raw computational horsepower of NVIDIA GPUs to quickly produce 3D objects that creators can import, edit and extend without limitation in existing tools,” he says.

3D MoMa takes a series of photos and uses them to create 3D renders of the object that is formed with a triangle mesh with textured materials, what NVIDIA describes as a common language used by 3D tools across various industries.