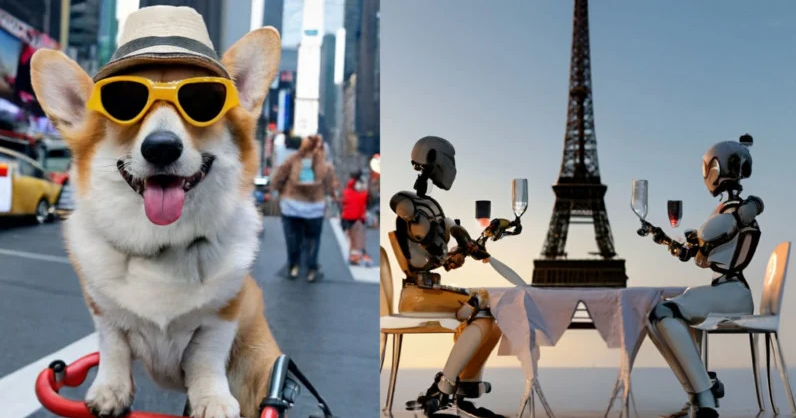 Featured images: Jaron Schneider Photo on the left created using the phrase, “A photo of a Corgi dog riding a bike in Times Square. It is wearing sunglasses and a beach hat.” The photo on the right was created with the text, “A robot couple fine dining with Eiffel Tower in the background.”

Google Research has developed an advanced artificial intelligence (AI) system that can turn any phrase into a strikingly realistic photo.

Called the Imagen diffusion model, Google Research says the AI is able to create photorealistic images with an “unprecedented degree of photorealism and a deep level of language understanding.”

Turning brief text descriptions into images is not a new idea. Earlier this year, OpenAI’s Dall-E2 AI demonstrated the ability to create images based only on a brief description and let them be edited with a simple set of tools to fine tune the result. While impressive, the “photorealism” of those images was secondary and the system was mostly impressive based on how it was able to render results with different artistic styles.