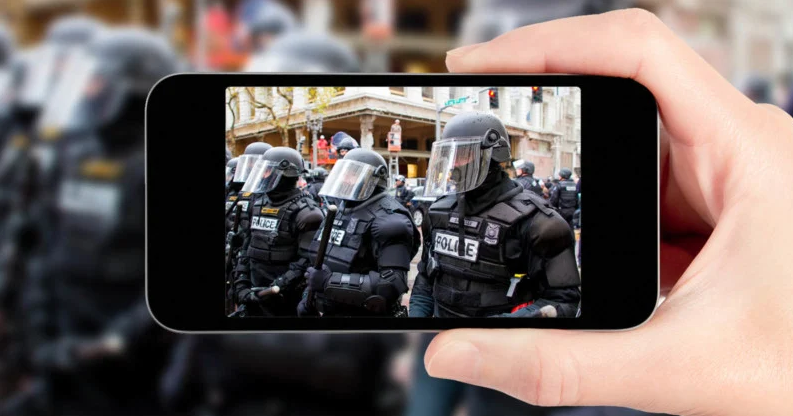 Cross-posted from petapixel.com [by Michael Zhang]

A federal judge has halted the controversial new state law in Arizona that bans people from photographing and filming police officers within 8 feet. The new law, which opponents have slammed as a violation of free speech, was to go into effect on September 24th.

The Arizona Republic reports that U.S. District Court Judge John Tuchi took the side of those critics on Friday, halting the enforcement of House Bill 2319 with a preliminary injunction and setting a one-week deadline for any state agency willing to fight for the law to speak up.

The Associated Press reports that Tuchi’s swift decision was made after Republican Arizona Attorney General Mark Brnovich and the prosecutor and sheriff’s office in Maricopa County told the judge that they were not planning to defend the law.

HB 2319 was signed into law back on July 6th by Arizona Governor Doug Ducey, and it imposes penalties of a misdemeanor charge and up to thirty days in jail for anyone who captures police activity from within the off-limits distance of 8 feet (2.5 meters) — or closer if the office remands that the person stop. Furthermore, officers can order someone on private property to stop recording if they determine the action is interfering with their duties or that the area is unsafe, even if the person is filming with the property owner’s permission.