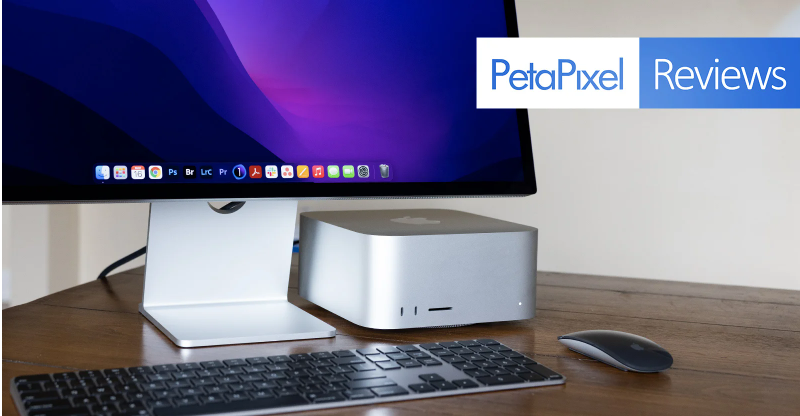 Cross-posted from petapixel.com [by Jaron Scheider]

Ever since Apple moved to the M1 chip, we’ve consistently lauded the performance improvements we’ve seen. It feels like with each iteration we say “most powerful” or “surprising” in some way, but those are still perhaps the best words to underscore just how impressive the M1 Ultra in the new Mac Studio is. Because it is impressive.

Apple provided us with the opportunity to take a look at the Mac Studio in its most powerful configuration: the M1 Ultra with its 64-core GPU, 32-core neural engine, 20-core CPU, and 128 GB of unified memory. Our review unit also shipped with 2 TB of SSD storage and the standard model of Apple’s new Studio Display (which will be covered in a separate review). Monitor aside, this Mac Studio would cost $6,199 if you wanted to replicate our exact review unit.

When I reviewed the MacBook Pro with M1 Max last fall, I said that while that chip is certainly great to have, it wasn’t necessary for most photographers. Understanding limited budgets, most who are looking to upgrade their workstations would be totally satisfied with the performance of the baseline M1. But if you did upgrade to the Max, there are certainly notable performance gains.