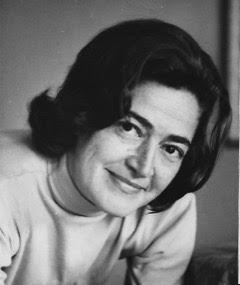 Phiz Mezey’s social justice principles, strong will, independent spirit and curiosity about how people live informed her work as a photographer, writer and teacher. The longtime San Francisco resident passed away peacefully at home, May 10, 2020.

She was born in Harlem, New York, and grew up in the Bronx. Her interests in writing and photography were already developing in her early teens. By age 16, she was writing for Irish Echo, a Bronx weekly newspaper. Toward the end of WWII, at 19, Phiz was hired by the Office of War Information, writing columns on labor and the Far East, before earning a BA from Reed College in Portland, Oregon.

Phiz moved to San Francisco in 1948 to pursue a career as a journalist. At the time, she took an interest in Harry Bridges and the striking International Longshore and Warehouse Union (ILWU). She soon landed a teaching position in journalism at San Francisco State College. In 1950, she refused to sign the Levering Act Loyalty Oath and was dismissed. Phiz and several other faculty resisters were blacklisted for more than 15 years, until the Loyalty Oath was deemed unconstitutional.

Photography became a pursuit during this period and continued for 60 years. “I discovered that as a freelance photographer one could be her own boss,” Phiz said. She is most known for portraits of prominent figures like Martin Luther King, Jr., James Baldwin and Jimi Hendrix. She is also recognized for documenting the changing landscapes of San Francisco and chronicling political events and conflicts. She took her camera wherever she went in hopes of capturing the moment. She found connection in photographing people as they lived their lives. She once said, “I enjoy being on the outside, looking in. I love being on the inside, sharing the experience.”

Phiz was a long-time member of the American Society of Media Photographers (ASMP) and her photographs and writing have appeared in numerous publications, including the New York Times, San Francisco Chronicle, Time, The Nation and Aperture. The 1965 book, Our San Francisco (Diablo/Doubleday), featured Mezey’s work, along with four other local photographers. Requests for use of her photos in books and publications continue to this day. Photo exhibitions include the De Young Museum, SF MOMA, Focus Gallery, New York’s Witkin and Danziger galleries and her final solo show in 2013 at the San Francisco Public Library called, “We Live Here,” which focused on San Francisco in the 1960s and 1970s.

Phiz earned her MA and PhD equivalency from San Francisco State University (SFSU) in 1971. She was a photography instructor at San Francisco City College in the mid-1970s. In 1978, she was reinstated as faculty at SFSU in the Educational Technology Department. She was promoted to full professor in 1981 and retired from teaching in 1990.

While raising her two daughters as a single mother, Phiz maintained her professional activities and love of photography, as well as her diverse interests in backpacking in the Sierras, gardening and caring for her deck full of succulents. In her 60s, she joined a Masters Swim team and swam until her early 80s. She also walked (along with her beloved dog, Carina) weekly with a group of politically-minded old friends, who called themselves the Fort Point Gang. In her last 11 years, she lived at The Carlisle, where she made many new friends including the staff who cared for her lovingly.