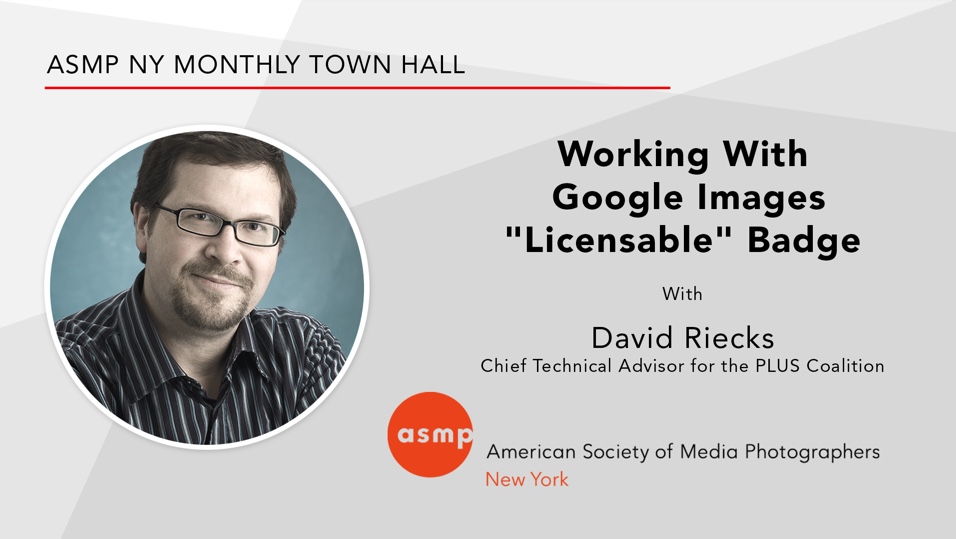 ASMP NY’s Monthly Town Hall – Open to members and non-members – all are welcome!

REGISTER HERE for the Zoom link

David Riecks founded ControlledVocabulary.com as a resource for building controlled vocabulary lists, thesauri, and keyword hierarchies for describing images, to increase success in finding them in digital asset management (DAM) systems. He has been involved in many recent digital image standards initiatives as well as being a featured speaker at industry events such as PhotoPlus Expo, the Microsoft Pro Photo Summit, and the International PhotoMetadata Conferences.

Riecks serves as the Chief Technical Advisor for the PLUS Coalition, which developed the Picture Licensing Universal Standards. Riecks formerly chaired the the SAA Imaging Technology Standards committee and the American Society of Media Photographers Digital Photography Standards & Practices committee; where he was involved in the founding of the Universal Photographic Digital Imaging Guidelines coalition in the mid-2000s.

In 2004, Riecks was asked to participate in a working group to revise the decades-old IPTC standard for use with Adobe’s new XMP format. That IPTC4XMP group released the IPTC Core in 2005 along with a first-ever “Custom Panels User Guide to the IPTC Core Schema for XMP” for which he served as the primary author. He has remained involved with the IPTC and has contributed to the recent IPTC Photo Metadata working group releases.

Riecks assumed leadership for the Photo Metadata website in 2011, a project begun under the Stock Artists Alliance using a “Preserving Creative America” Initiative award. In recognition of his years of work to further photo metadata standards, he was named as a “Pioneer of Digital Preservation” by the Library of Congress in 2009. 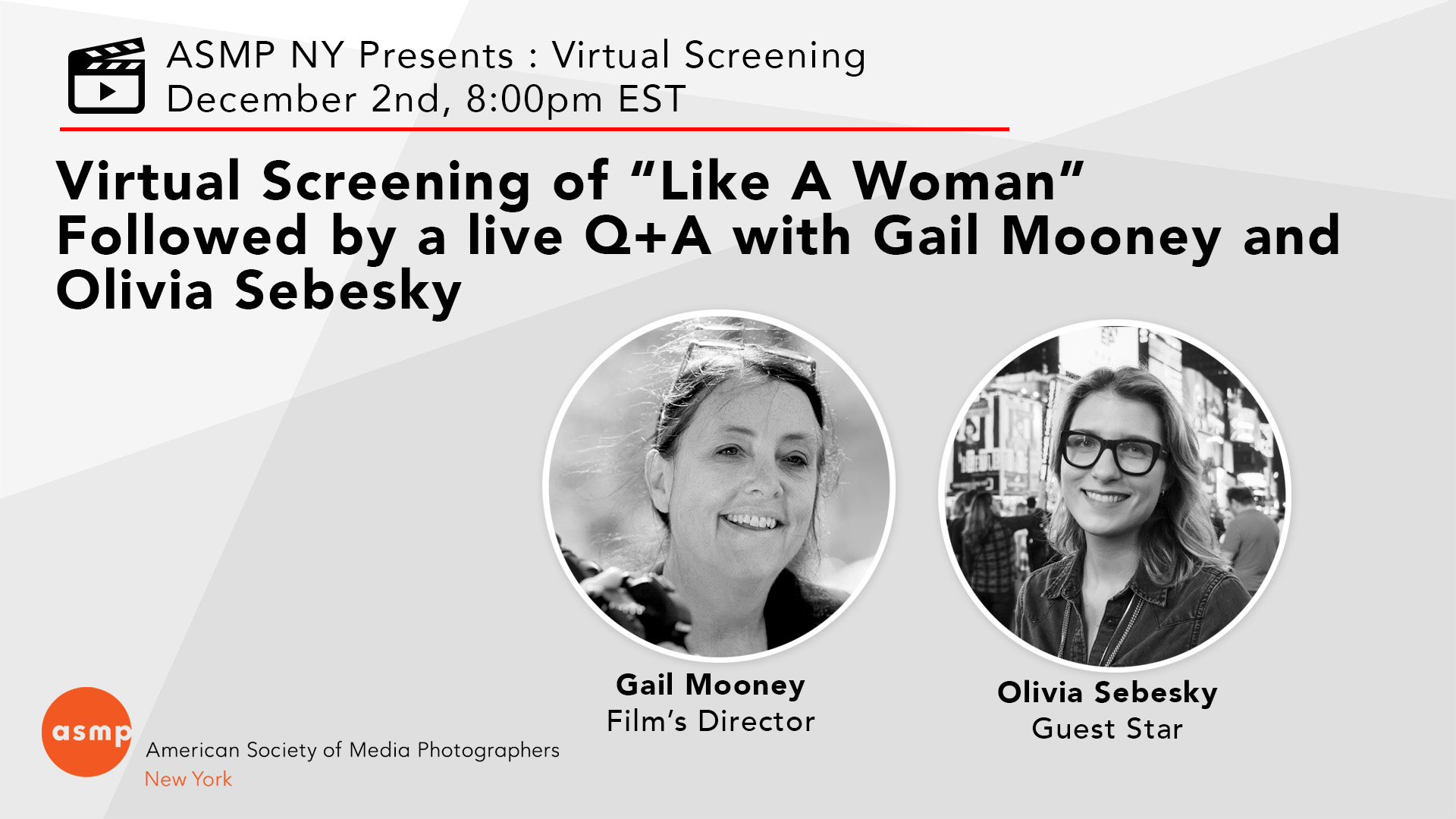 Screening: Like A Woman, a film by Gail Mooney 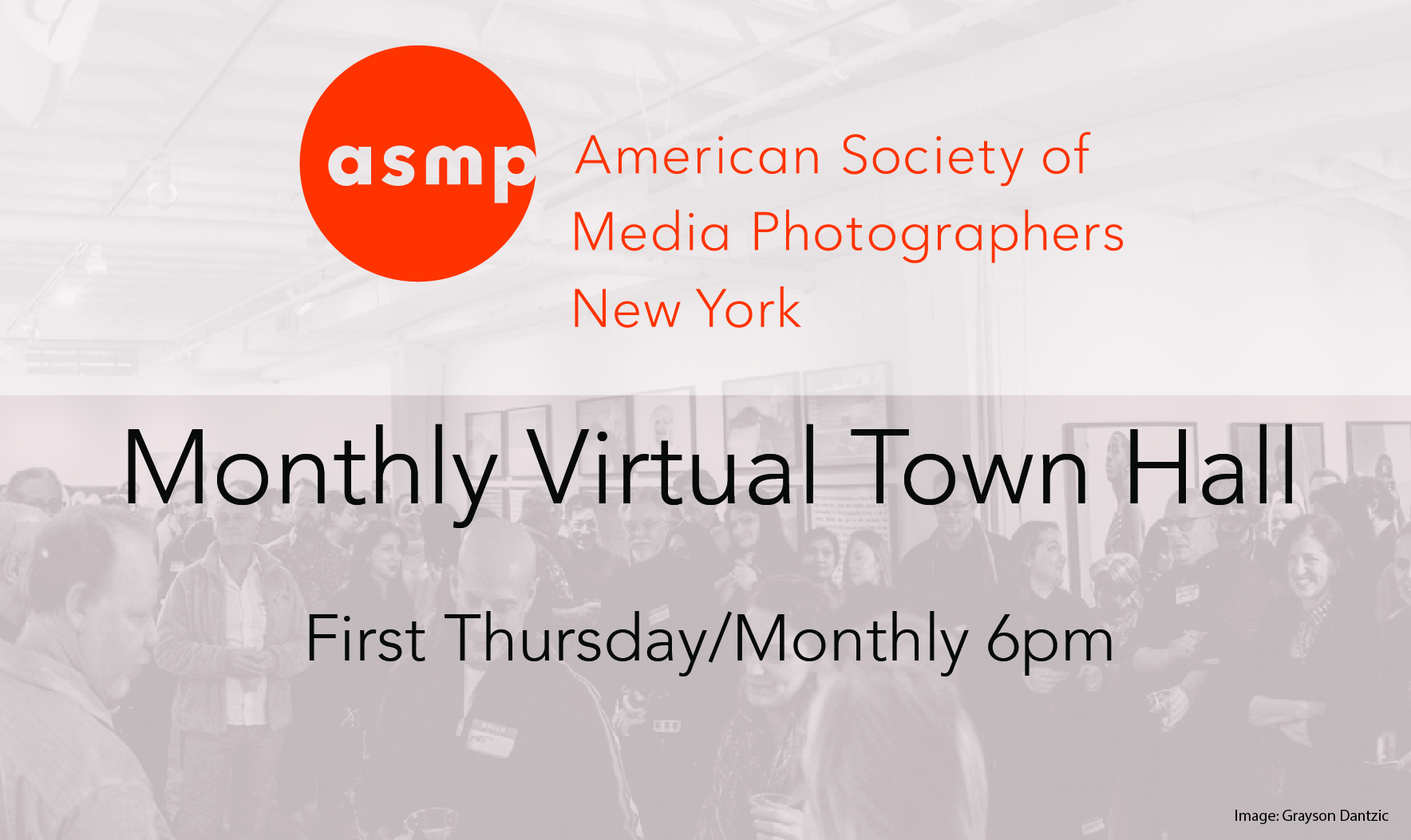