Gordon Parks, photographer who chronicled African-American life, the focus of shows in Washington, DC and Berlin 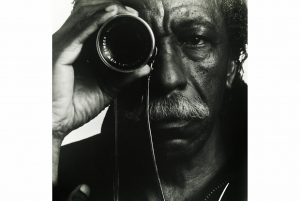 Editor’s Note: The works of ASMP Legend, Gordon Parks, will be the focus of shows in the US and Germany.

The National Gallery of Art (NGA) in Washington, DC, has added 173 photographs by the American photographer Gordon Parks to its collection as part of an acquisition of 304 works from the now closed Corcoran Gallery of Art. Many of the works will be shown at the National Gallery as part of the exhibition Gordon Parks: The New Tide, 1940-50 (11 November 2018-18 February 2019), which surveys his early work.

Parks (1912-2006) was the kind of photographer whose work ranged widely. He chronicled crime in American cities like Chicago, where he visited a morgue to document the aftermath of murder. He photographed the March on Washington in 1963, for which 250,000 people came out to hear Martin Luther King Jr give his “I Have a Dream” speech. He did high fashion shoots for Life and Vogue magazines on the streets of New York, reported on segregation in the American South and visited Alexander Calder in his Connecticut studio. He even followed Muhammad Ali to Miami in 1970 to profile the fighter just before his first match in more than three years following his suspension for refusing to go to Vietnam.