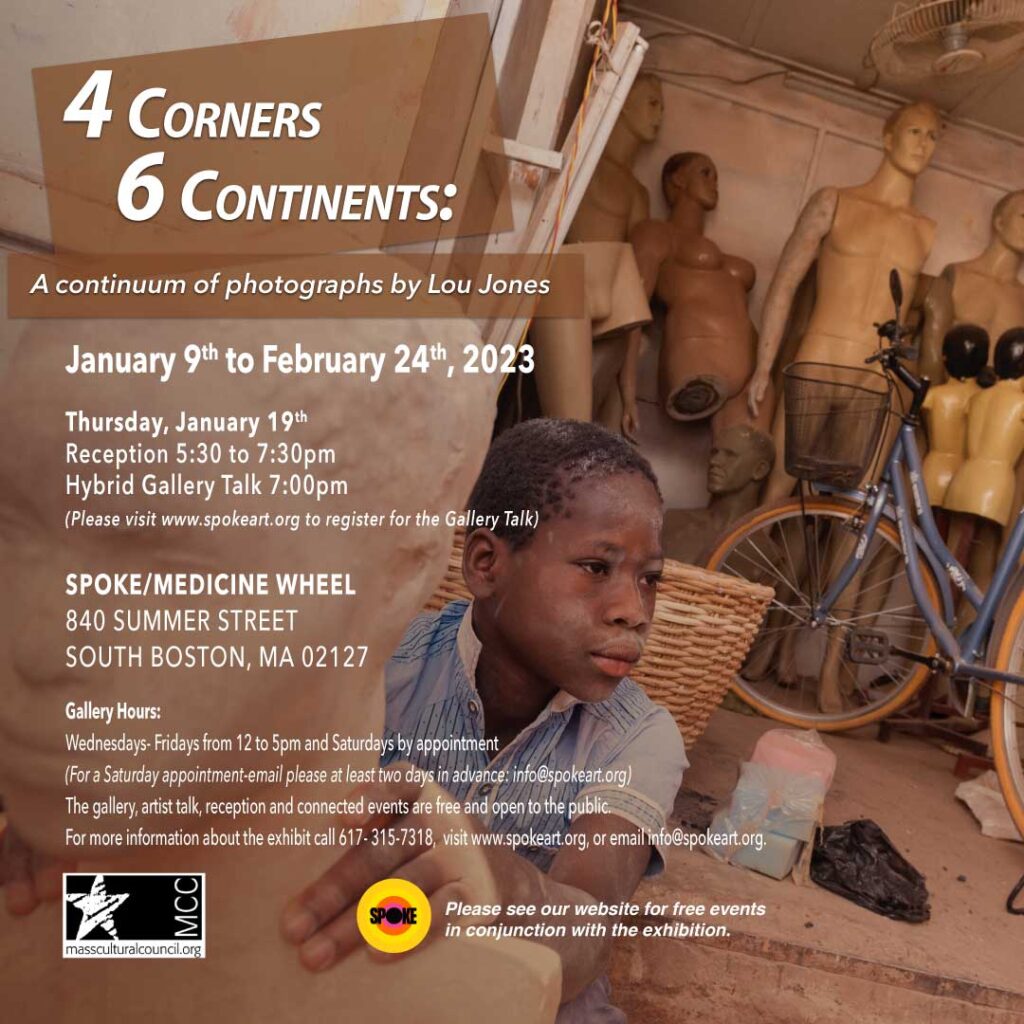 Spoke Gallery is honored to present a solo show by internationally acclaimed Boston-based photographer Lou Jones. For his exhibition at Spoke, Jones is drawing photographs from five of his series: Cuba, Olympics, panAFRICA project, COVID-19, and Every Color Has a Different Song.

The panAFRICA project’s goal is to dispel the negative western media perceptions of Africa. Jones is planning to document all of the 54 countries in contemporary Africa – one by one. Thus far he has completed 15 to date. Jones’ series entitled, Every Color Has a Different Song, are photographs he has taken in 61 countries while he was on assignment. The images in this series “transcended the original reasons for taking differences both monumental & sublime.” His Cuba series draws from images that he took on a few visits to the island both when it was closed to Americans & after. The Olympic series draws from images he took at thirteen winter and summer Olympics. For his COIVD-19 series, he documented the unusual way many creative people were coping with COVID-19.

He shares, “I set out early in my pursuit of photojournalism & documentary photography to carry two Leicas on my shoulders & cure the ills of the world. That was a naive notion at the time but after years I can give voice to many peoples who otherwise would have none.

Having visited so many foreign countries on assignment I have amassed an enormous collection of the eclectic way the world looks. Fleeting moments may be spectacular captures but have limited relevance on their own. However as an amalgamation we can glean an amazing preview of the way that humanity exists.

The ensemble not only encapsulates fugitive moments that are synergy but gathers very divergent times into our collective history. With today’s fast pace, as the world gets smaller, photography has become the default “universal Language”. Because photos do not need translation or Rosetta Stone to decipher what we can see with our own eyes, we are bound together through television, computers & social media. It has become a new form of communication. Everyone can experience what other cultures experience through the magic of the camera.”