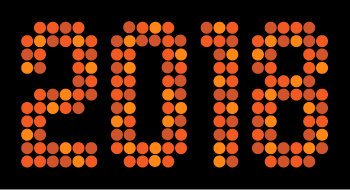 Due to the recent resignation of National Board Director, Clayton Price, five seats became open on the National Board of Directors. Having only five candidates running for the National Board in 2018, it was determined by a vote of the board after reviewing ASMP by-laws that there would be no need to proceed with an election in 2018.

With the National Board following non-profit governance best practices for filling a vacant seat created by a resignation of a sitting Director, Mat Rick stepped down as a candidate to accept the offer by the National Board to fill the open seat created by the resignation. Thus, Mat has been seated for a one-year term beginning immediately, and will run for re-election in 2019.

The four Candidate-Elects, Bob Carey, Gabriella Marks, Frank Rocco, and David Zentz will begin their three-year terms at the National Board of Directors‘ annual meeting in May. This will be the second term for current Directors Bob Carey, Frank Rocco, and David Zentz. They will serve alongside other current Directors, Luke Copping, Marianne Lee, Barry Schwartz, Michael Hart, Stretch Ledford, Felicia Perretti, and Michael Shay.

The next step in the process will be the election of officers for the 2018/2019 year. Results will be posted in early April.

Congratulations to Bob, David, Frank, Gabriella, and Mat!  I look forward to working with the new 2018/2019 National Board of Directors to make progress on our many initiatives while continuing to promote ASMP.