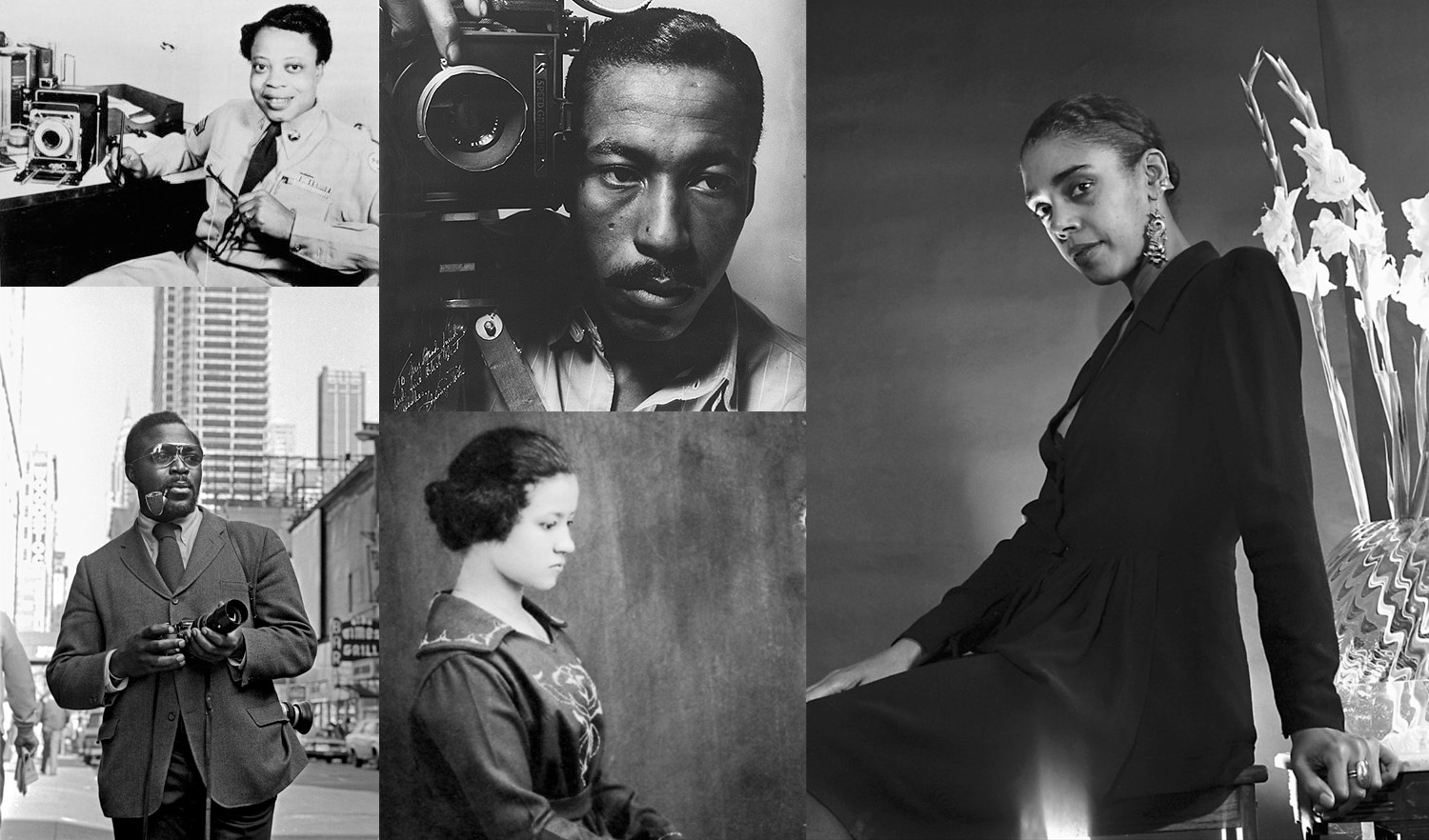 “During a time when few women made a successful living as photographers, Florestine Perrault Collins transcended both gender and color lines to become one of New Orleans’ most successful female photographers of the 1920s and 1930s.  Collins opened her first portraiture studio in her living room before moving her growing business to South Rampart Street in the early 1930s.  In addition to portraits, Collins captured many rites of passage for the city’s residents including weddings, graduations, communions and recitals.  She produced realistic portraits that portrayed her subjects with dignity and worth. Collins retired to California in 1949, but her images are remembered as important depictions of the 1920 ‘New Negro.’” [2]

“Self-taught, Gordon Parks broke the color line when he started working with the Farm Security Administration (FSA) chronicling social conditions in 1941.  After the closure of the FSA, Parks began freelancing with fashion magazines and covering humanitarian issues.  His work with LIFE Magazine allowed him to photograph celebrities and politicians. His most famous photo is widely believed to be 1942’s ‘American Gothic.’  In 1969, Parks became the first African American to write and direct a Hollywood feature film based on his bestselling novel The Learning Tree. He followed up with 1971’s cult favorite Shaft.  Throughout his lifetime he received numerous awards including a National Medal of Arts in 1988 and over fifty honorary doctorates.” [2]

“Elizabeth ‘Tex’ Williams joined the Women’s Army Corp in 1944 and became an official army photographer.  During World War II she took pictures of operations,  military maneuvers, and everyday activities in segregated barracks.  Though African American photographers were generally barred from Army photo-schools and government training programs, Williams succeeded in becoming not only one of the few African Americans to receive such training, but also the first female graduate of the Photographic Division School at Fort Monmouth, NJ.” [2]

“Don Hogan Charles was born in New York City in 1939. He began his career studying engineering at the City College of New York before dropping out to pursue photography. His work was published in several publications as a freelancer (including Ebony Magazine) before he was hired as the New York Time’s first black photographer. Over the course of his career, his capacity as a staffer extended well past a photographer’s typical scope. He captured moments in the lives of John Lennon, Kareem Abdul-Jabbar, and Muhammad Ali. However, the work he created early in his career during the civil rights movement is arguably the basis for his legacy. Charles worked to capture something less elusive yet notably underrepresented in the media: the beauty and tight-knit community central to everyday life in Harlem.” [1]

“Born in New York City, 1942, Coreen Simpson is an African-American photographer and jewelry designer. She studied at the Fashion Institute of Technology, Parsons School of Design and with Frank Stewart in 1977. Simpson’s career launched when she became editor for Unique New York magazine in 1980. She then became a freelance fashion photographer for many publications in the 1980s, and covered African-American cultural and political events during that time as well. She is also well noted for her studies of Harlem nightlife. She constructed a portable studio and brought it to clubs in downtown Manhattan, barbershops in Harlem, and braiding salons in Queens. Her work has been collected by the Museum of Modern Art, the Bronx Museum of the Arts, and the Schomburg Center for Research in Black Culture.” [3]