“You’re Fired!” The Story Behind the Photo 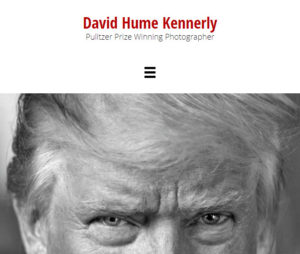 “On election night I was in New York City in the Hilton Hotel ballroom with Trump’s supporters and the press corps to watch what most people thought would be the end of his presidential aspirations. It didn’t turn out that way, and what do you know, Donald J. Trump was going to be the 45th president of the United States of America, and I was there to document it.”

“Flash forward two weeks. CNN asked me to photograph an exclusive sit down with the president-elect in his office at Trump Tower. They had arranged it through Jared Kushner, who already was emerging as a major power player. This picture would replace my photo of Trump on the front of their campaign book, “Unprecedented: The Election that Changed Everything.” He had agreed to the sitting because it would become the cover of a special Inaugural edition.”

“You’re Fired!” The Story Behind the Photo