The Beatles & Muhammad Ali: The Story Behind the Iconic Photos of Their 1964 Meeting 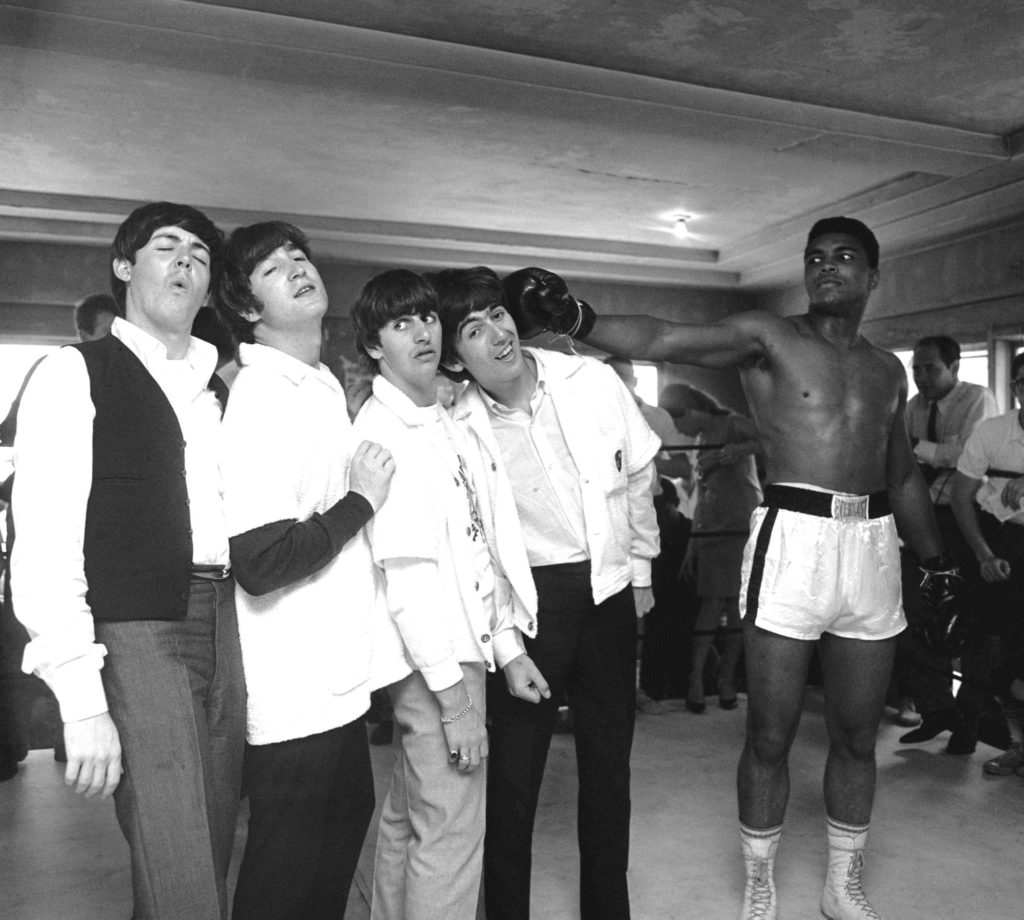 Cross-posted from Biography.com
[by Brad Witter]

There’s no denying that The Beatles and Muhammad Ali were all skilled at delivering powerful hits in their own rights. It wasn’t until February 18, 1964, however, that their paths eventually crossed at Miami Beach’s 5th Street Gym. New British rockers George Harrison, John Lennon, Paul McCartney, and Ringo Starr — otherwise known as the Fab Four — were stateside for a live Ed Sullivan Show performance when they met a largely unknown 22-year-old underdog boxer named Cassius Clay. For his part, the fighter, who would, weeks later, change his name to Muhammad Ali, was in Miami to get in the ring for a bout with the heavily favored Heavyweight Champion Sonny Liston.

To drum up publicity while in the United States, the boys from Liverpool actually first approached Liston to participate in a photo op ahead of the match. When Liston unequivocally refused — and even reportedly threw some metaphorical jabs at the band — the Beatles rolled with the punches and recruited his opponent instead. Photographer Harry Benson captured the meeting of the legends that day in a series of pictures worth far more than a thousand words.