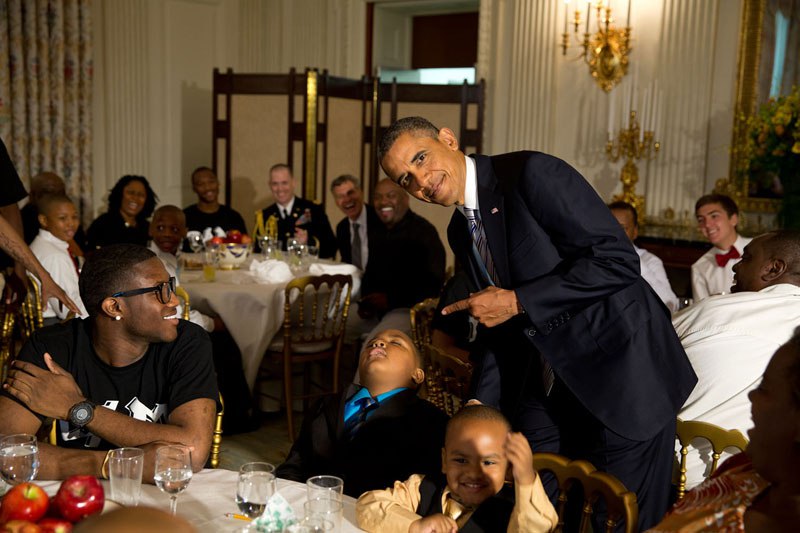 Cross-posted from NPR.org
[by Terry Gross]

As the chief official White House photographer for President Barack Obama, Pete Souza had top security clearance and sat in on most meetings and major events with the president.

“I was there all the time,” he says. “I wasn’t talking to [Obama] all the time, but I was always in every meeting and pretty much every situation that he had as president.”

Over the course of Obama’s eight years in office, Souza estimates that he took approximately 1.9 million photos — sometimes more than 2,000 each day. His new book, Obama: An Intimate Portrait, is a collection of his favorites.