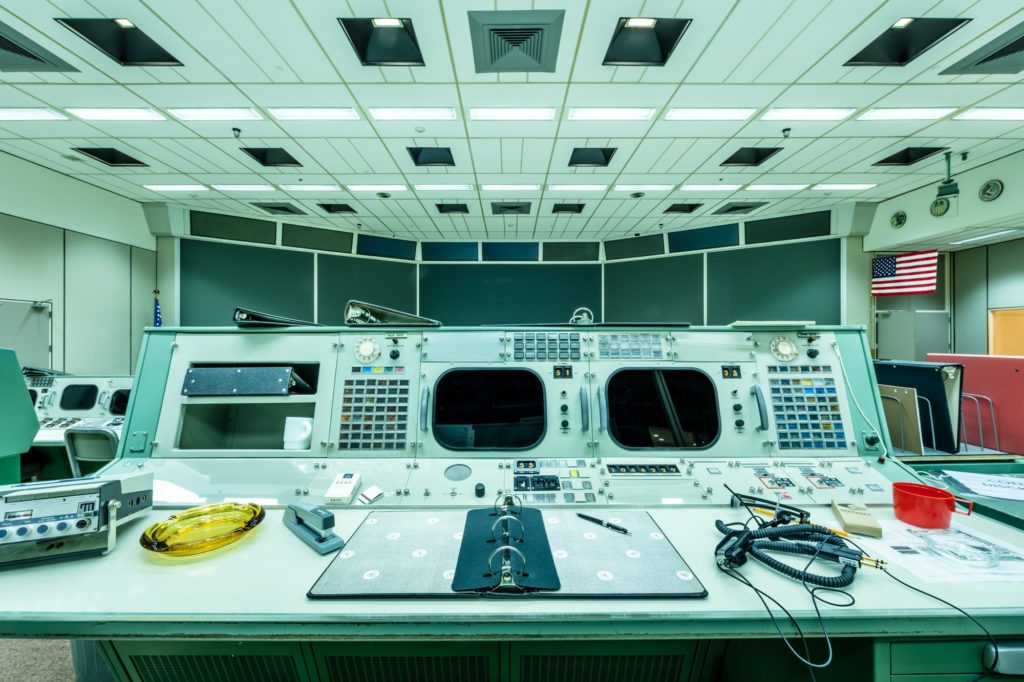 Editor’s Note: In honor of this week’s 50th anniversary of the Apollo program, ASMP brings you this post about one of its Pro members – space-obsessed Dan Winters – and his work photographing Apollo mission archives and artifacts over the past decades.

Whenever we have a space-related story in the pipeline at WIRED, we in the art department all look at each other and say, “Oh, well Dan has to shoot this.” That’s because Winters, who has a vast photographic history with WIRED from the past couple of decades, is space-obsessed. Anything NASA related, he knows about it and can tell you everything. It could take hours. Or days. So when NASA told him that the Apollo mission control room in Houston was getting a makeover, he knew he had to shoot it. Well, it was more like a make-back-over to its exact state on the day Apollo 11 touched down on the surface of the moon (cigarettes and all). NASA opened the newly restored mission control room to the public on July 1; Winters shared an image from a private viewing he photographed a couple weeks prior. Winters, who has been photographing Apollo mission archives and artifacts for decades, spoke to WIRED about this project and his space obsession.