MEGAPIXELS: A Fiery End For the Old Tappan Zee Bridge 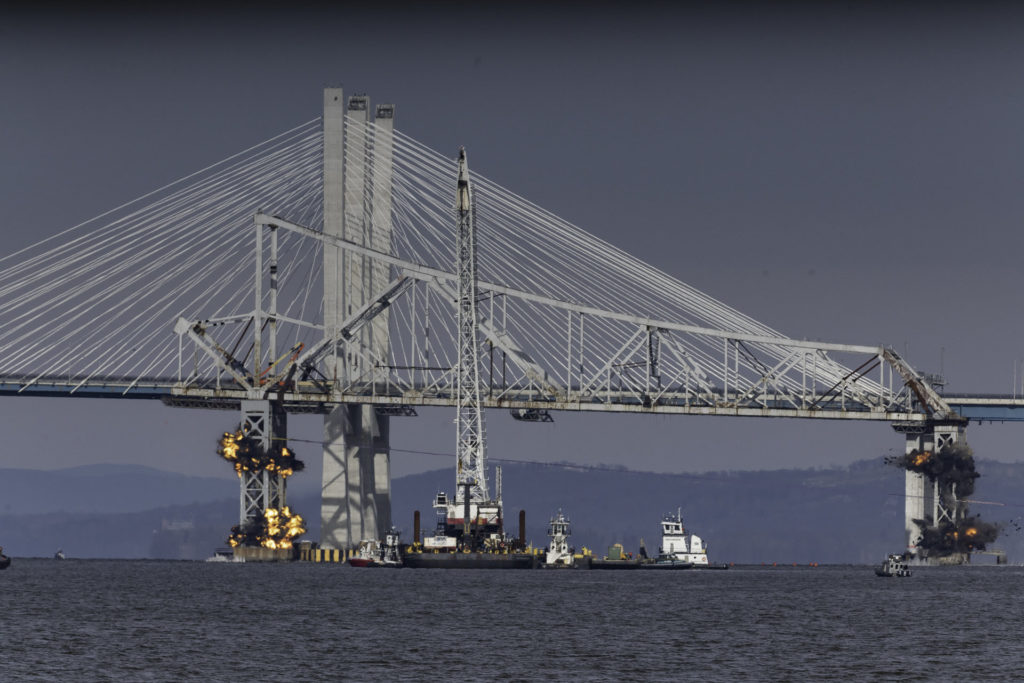 Sometimes, the safest way to retire old infrastructure is not with careful deconstruction, but with precise explosions. Such was the case with an eastern portion of the 64-year-old Tappan Zee Bridge, which the Controlled Demolition company blew up on Tuesday morning.

“We heard that first boom, and then just fire and smoke coming up,” one onlooker told ABC News afterward. The large span fell into the river below.

The structure in the background of the photographs is the $3.9-billion, 3.1-mile Governor Mario M. Cuomo Bridge, which opened in 2017 and 2018 and connects Tarrytown and South Nyack, New York, over the Hudson River. The old bridge, the Tappan Zee, dates back to 1955, and while the original plan had been to take it apart without explosives, concerns over the safety of the old structure shifted the plan to the more dramatic option. According to the Rockland/Westchester Journal News, chains positioned in the river will help salvage crews recover the remnants of the structure.