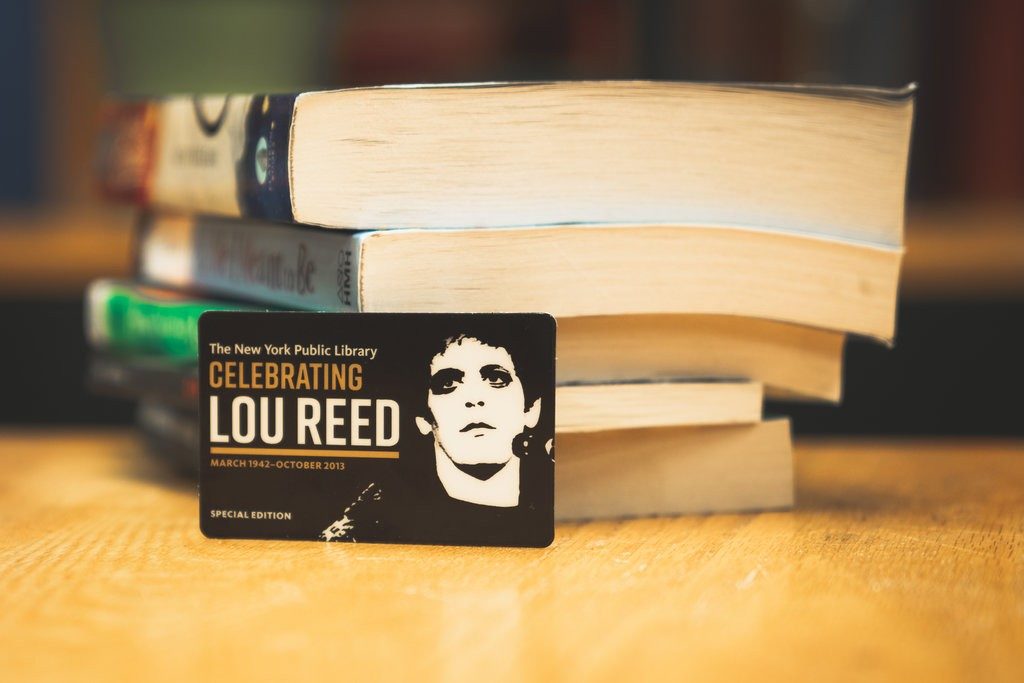 Cross-posted from The New York Times
[by Sara Aridi]

After two years of cataloging and preparing, the Lou Reed Archive at the New York Public Library’s performing arts branch at Lincoln Center opens to the public on Friday. And to celebrate, the library is issuing 6,000 limited-edition library cards featuring an image of Reed taken by Mick Rock in 1972.

The library acquired the archive — a large collection of notes, photographs, and more than 600 hours of recordings — after the rocker’s wife, Laurie Anderson, decided to share it with an institution that could preserve and showcase it.