ASMP celebrates the incredible world of photojournalism with the recent honoring of ASMP Member Kim Newton, and his 1987 photo captured during the student democracy uprising in South Korea, by the newly-elected South Korean President, Moon Jae-in.  Read Kim’s own words below about the genesis of his recent audience with President Moon Jae-in.

I was invited by the documentary division of the Munhwa Broadcasting  Corporation in Seoul, South Korea to be a presenter in a documentary on the 30th anniversary of the country’s democracy uprising, which I spent 3 years covering, from 1986-1988. In light of the iconic photograph I took during the 1987 student democracy uprising in 1987, the newly-elected president of South Korea, Moon Jae-in, honored me with an  audience in which I gifted my 1987 photograph to the president and  South Korean people. As part of the 30th anniversary celebrations this  year, my images from 1987 were on exhibit at Yonsei, University in Seoul, South Korea by special invitation.

All of the above events came about because of a photograph I took in 1987.  A photo copy of the image seen above, which appeared in US News & World Report magazine in 1987, had been hanging on the  office wall of one of the people pictured in my 1987 photograph for  the past 20 years. Through the credit on that image, the South Korean  documentary filmmakers were able to track me down. 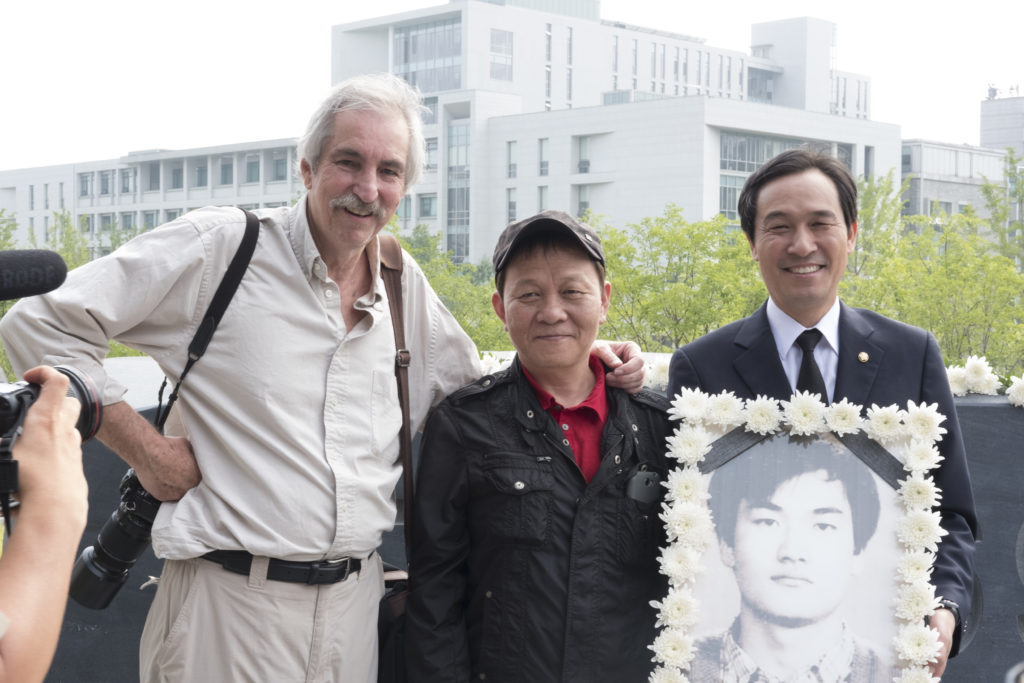 Following a visit last March to participate in the making of the 30th anniversary documentary and to cover the impeachment of  President Park Geun-hye, I was introduced to the assemblyman pictured in my photograph. I returned again in June and had an audience with President Moon Je-in, pictured below. 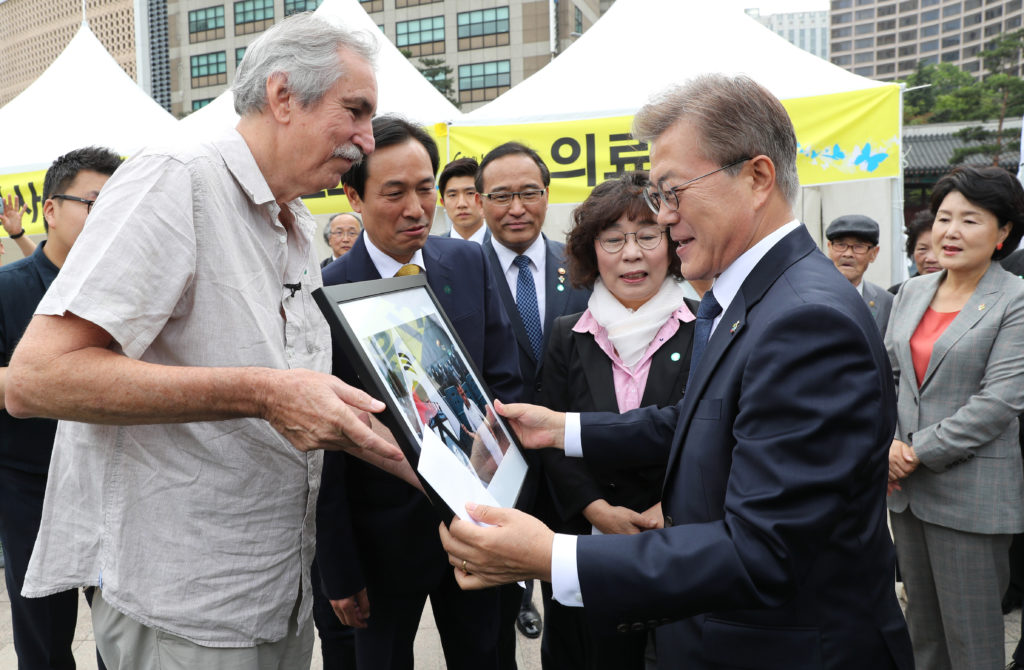 Read the full article in the Korean press about my recent visit and  show.

This entire story goes to the heart of photojournalism and the power  of an image to have an impact on a society, even 30 years on.